GLAAD’s “Where We Are on TV” report this year forecasts an all-time high in the number of lesbian, gay, bisexual, and transgender and queer (LGBTQ) characters on TV, though the broadcast networks’ treatment of queer females has been “especially disappointing” and “sends a dangerous message.”

Cable TV went from 84 to 92 series regular LGBTQ characters, plus an additional 50 recurring; Freeform, with 27, and Showtime, 18, are the most inclusive. Streaming services such as Hulu, Netflix and Amazon add 45 regulars plus 20 recurring, ticking up year-over-year on both counts. 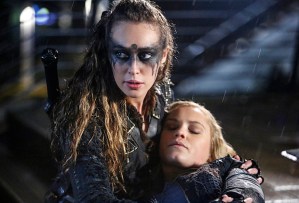 lesbians make up 17 percent of the LGBTQ community — plunging sharply from last year’s 33 percent. Since 2016 opened, “Television — and broadcast series more specifically — failed queer women… as character after character was killed,” the report notes. Most of the year’s 25 such deaths “served no other purpose than to further the narrative of a more central (and often straight, cisgender) character,” writes GLAAD president Sarah Kate Ellis. “[That] sends a toxic message.”

Bisexual representation among LGBTQ characters rose to 30 percent (broadcast) and 25 percent (cable). Broadcast TV improved its transgender characters tally from zero to three, while cable went from three to six and the streaming services totaled seven (up from four).

On a qualitative note, GLAAD observes that the depiction of bisexuals as “untrustworthy, lacking in a sense or morality and/or as duplicitous manipulators” remains a “harmful trope,” positioning such characters as “cannon fodder to propel a larger story.”

GLAAD’s report points out that while LGBTQ representation is up slightly, it remains pretty white. Though broadcast improved in that respect (going from 69 to 64 percent white characters), cable and streaming held steady at 72 and 71 percent, respectively. 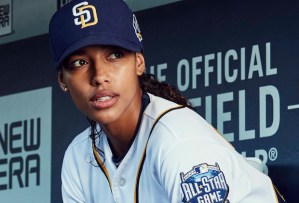 We Are on TV” report also takes stock of the representation of all blacks and other people of color, which this year rose to 36 percent on broadcast (led by Fox, followed by NBC and ABC). Racial diversity among LGBTQ characters rose sharply on broadcast TV, from 31 to 42 percent, while cable dipped (to 25 percent) and streaming ticked up (29 percent).

Broadcast TV’s representation of women inched up to 44 percent of series regulars — though the country’s population is 51 percent female. The largest discrepancy occurs among characters of color, where only 38 percent are female.

Lastly, TV’s representation of characters living with a disability — including non-apparent disabilities such as HIV (e.g. HTAWGM‘s Oliver), cancer (This Is Us‘ William) and neuromuscular disease (Empire’s Lucious) — rose from 0.9 to 1.7 percent.