The CW’s Arrow has targeted an actress with out-of-this-world sci-fi credentials to fill the key role of Talia al Ghul.

TVLine has learned that Lexa Doig — whose TV credits include but are not limited to Andromeda, Continuum, Stargate SG-1 and The 4400 — has been cast in the recurring role of Talia, another daughter 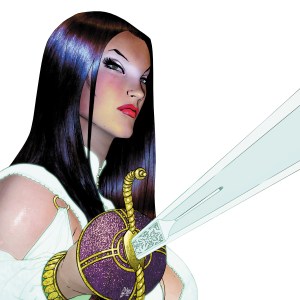 of Ra’s al Ghul and half-sister of Nyssa. Described as worldly and cultured, Talia is “an elite warrior who doesn’t pick sides but rather creates her own.”