Well [expletive] us gently with a chainsaw: One of the Heathers in TV Land’s reboot pilot is being played by a dude.

TVLine has become privy to new casting for the cable network’s recently ordered pilot based on the 1988 cult-classic film, and comedian Brendan Scannell (below, center photo) will take on the role of Heather (née Heath) Duke, who in the movie was played by Shannen Doherty, and here identifies as gender-queer.

Broadway actress Melanie Field (below, right) will play clique leader Heather Chandler, and newcomer Jasmine Matthews (below, left) will play, um, the other one, Heather McNamara. See photos of all three below: 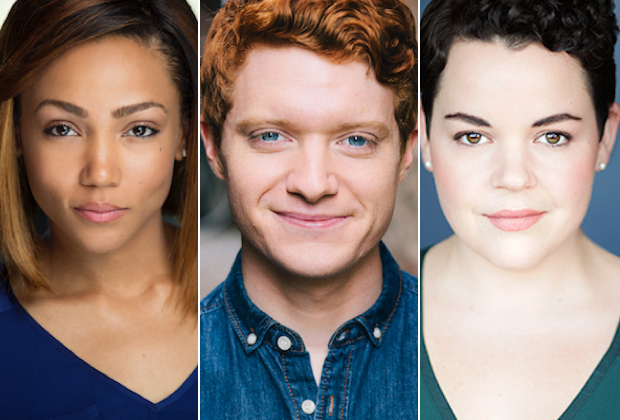 Earlier in October, the pilot cast Grace Cox (Under the Dome) as protagonist Veronica, while newcomer James Scully took on the role of JD. (If you had a brain tumor for breakfast and don’t remember, the parts were played by Winona Ryder and Christian Slater, respectively, in the movie.)

The cabler has said it will “reimagine” Heathers as a “pitch black” present-day anthology series, with each season focusing on a different heroine and a new (yet equally vicious) set of mean girls.

Have thoughts on the castings? Sound off in the comments!