This week, Hugh Laurie returns to television in an hour-long drama series that centers on a tormented doctor whose one-syllable last name also happens to be the title of the show.

And that’s pretty much where the House parallels begin and end.

In the noir-ish thriller Chance, which debuts Wednesday on Hulu, the actor best known as Dr. Gregory House plays Dr. Eldon Chance, a mild-mannered(!) and compassionate(!!) neuropsychiatrist who gets sucked into a violent and dangerous world of mistaken identity, police corruption and mental illness while grappling with his own existential crisis.

TVLINE | Dr. Chance is, in many ways, the polar opposite of Dr. House. Was that diversion a conscious decision on your part?
No. It wasn’t. I wish I had the ability to plan as intelligently. I’m a goldfish, honestly. I stumble from one thing to another. I read [Kem Nunn’s book on which the series is based] and I thought, “I’m really intrigued by this. There’s something so mournful and melancholy about it. I find it sort of oddly moving.” I didn’t really have any clear idea about how, you know, it would fit into my career. I don’t really know what a career is. It’s just a bunch of [roles] strung together. There are, I’m sure, clever actors or agents or managers who think, “What we need to do is two months on Broadway, then we need to do something Scandinavian, and then we need to do a big action blockbuster.” I just don’t have that skill. 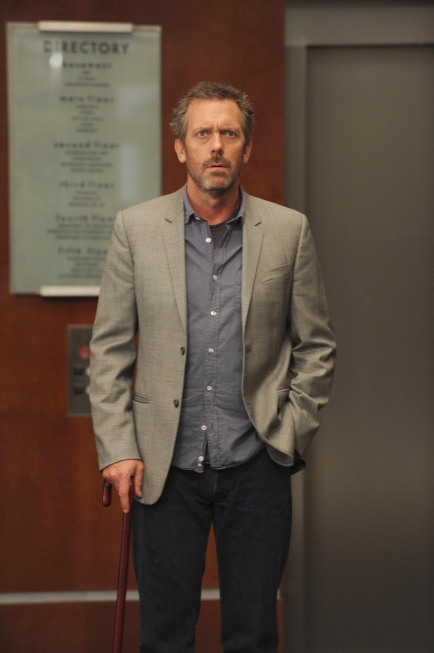 TVLINE | Let’s say Chance was about a doctor who was a dick. Would you have rejected it outright?
You see, I don’t think of House as a dick. I have to disagree with you there. I found him rather heroic. That may say something about my own dick-ishness. I realize that he appeared to have behaved in a dick-ish way, but he did so in the service of a noble [cause]. He may not have been an angel, but he was on the side of the angels.

TVLINE | Did the medical jargon take you back to your House days?
It was a bit of a struggle getting my tongue around that kind of stuff again. I’m reasonably quick at picking that stuff up, but I’m also very quick to forget it. I did [Tomorrowland] with George Clooney, and the ER experience meant a great deal to him; it stayed with him. He talked about it a lot. And he was also able to remember great reams of dialogue that he’d done, including incredibly technical medical terms.

TVLINE| He remembered actual dialogue from ER?
Yeah. This is how many years later?

TVLINE | Twenty?
I don’t know how he does it. I can’t remember a single word. The word aspirin is about as far as I can go.

TVLINE | Medical jargon aside, Chance and House — the shows — could not be more different.
I agree. House was almost like chamber music. It was very heightened and very beautifully constructed. Chance is much more intimate, more vulnerable. The characters are actually revealing parts of themselves in a much less self-conscious way. I think House was aware of itself as a show — deliberately so. [Series creator] David Shore, who’s a genius, deliberately constructed it that way.

TVLINE | As I was watching the first few episodes, I found myself waiting for some kind of twist…
I know exactly what you mean. It’s all the things that it doesn’t have that makes me love it. It doesn’t have people quipping at each other. It doesn’t have banter. It doesn’t have big dramatic action. There’s no ticking bomb. There’s not a virus that threatens to consume Manhattan. There are no super powers. There’s no, “Oh my god, it turns out they’re actually brother and sister!” I found that so wonderful. I don’t know how you feel about all of these other shows, with the time travel and all that stuff. I just think [it’s interesting for characters to] just be. To just be a person boiling an egg or taking your kid to school. It doesn’t have to be like, “Oh my God, they’re after us!” or “We’ve got company!” or “Call in a drone strike!” We can all just calm down a little bit, you know? Of course, it’s a very competitive world and [TV shows] are trying to draw attention. Maybe we’ll pay a price. Maybe the audience will go, “I couldn’t get into it. I wanted a ticking bomb!”

TVLINE | Hulu already ordered a second season, so…
I think we still have to earn it. I’m pretty sure that on page 784 of the contract there’s a small [cancellation provision].

TVLINE | Is it anxiety-provoking committing to a show where the source material runs out after Season 1?
I’m in a similar position with The Night Manager. In both cases, [Season 1 follows a novel] and then people go, “All right, now what do we do [in Season 2]?” I don’t know what the hell [a second season of Chance looks like]. And I can pretty confidently say [the producers] don’t either. Maybe they have a plan, and it’s all on a 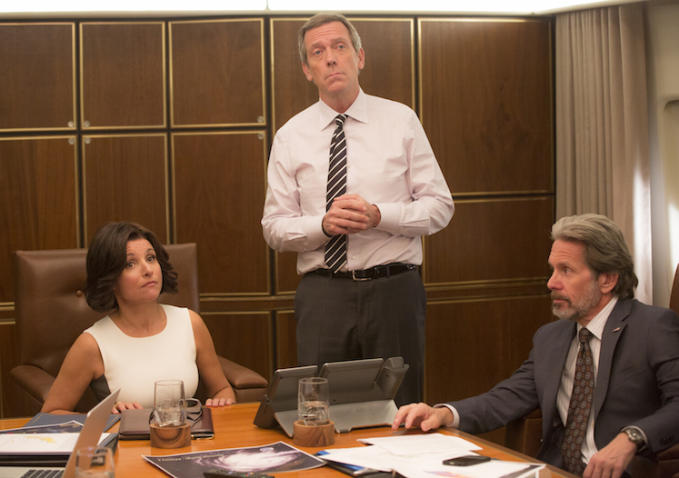 big board somewhere. We’ll just have to wait and see. Maybe we’ll have to put some time travel in it.

TVLINE | Will you be returning to Veep in Season 6?
If they’ll have me.

TVLINE | Is working on the show as much fun as it seems?
Completely. The only mistake I made is that I’m very bad at watching myself. And now that I’m in it, it makes it harder to watch. But in exchange for that, I get to see Julia Louis-Dreyfus [up close]. She is the best I’ve ever seen. Ever.

TVLINE| What is it like working with her?
It’s awe inspiring. She [plays Selina] with such brilliance, energy and invention. And she never settles. As soon as a take is done she’s going, “Let’s try this.” She’s always pushing, until people almost have to pull her away and go, “Julia, it’s all right. It’s all right. We’ve got it.” And [she doesn’t work] in an obsessive way; she does it with such good grace. She’s unbelievable.