It’s a recreation of Crisis on Infinite Earths, originally published by DC Comics in the mid 1980s, in which Supergirl *gulp* meets her untimely end: 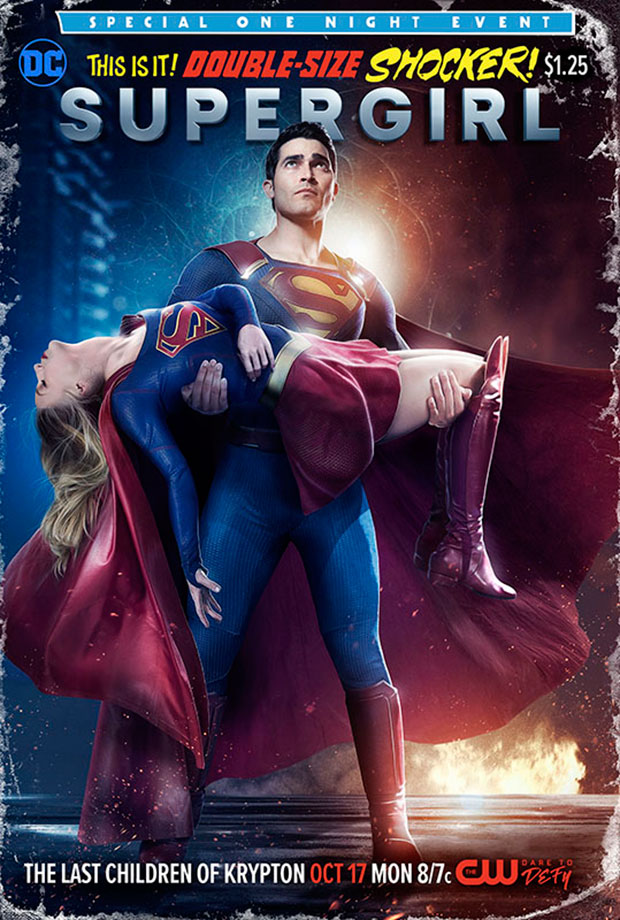 But don’t start throwing dirt on Kara’s grave just yet; we have it on good authority that the CW drama will not be killing off its titular heroine on Monday. (Can you even imagine?)

What you will see in the coming weeks, however, is Lynda Carter’s debut as the President of the United States, as well as James Olsen’s transformation from a photojournalist to the DC Comics vigilante Guardian.

As you may recall, The CW also recreated the iconic cover of DC Comics’ The Flash of Two Worlds for Supergirl‘s sister series in 2015.

Browse a side-by-side of the two Supergirl comic covers below, then drop a comment with your hopes for the series’ future. 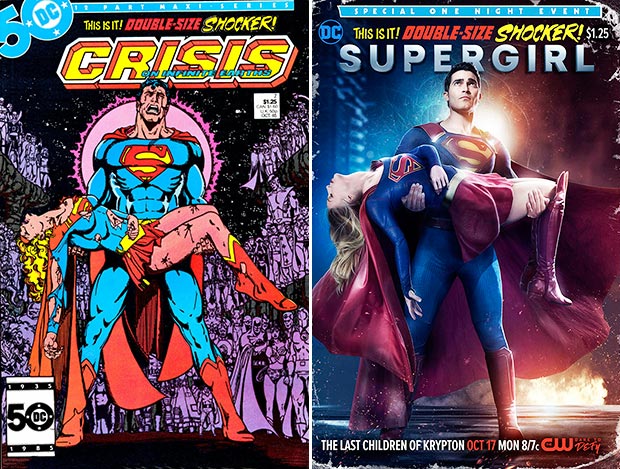