CBS wound up 0-for-2 with this past summer’s new offerings, as neither BrainDead nor American Gothic will be returning for second seasons, sources tell TVLine.

The fate of BrainDead — which had a four-season plan, moving the buggy action to Wall Street, Silicon Valley and then Hollywood — was foreshadowed last month when it was announced that the show’s creators Robert and Michelle King 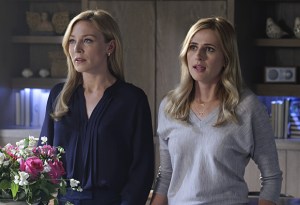 would be taking the showrunner reins on the forthcoming Good Wife spinoff.

BrainDead debuted to a disappointing 4.6 million viewers and 0.7 demo rating, and after four Monday airings got bumped to Sunday nights; its final hour did barely 2 mil and a 0.3.