THE PERFORMANCE | For the better part of Westworld‘s premiere, Herthum’s Peter Abernathy seemed just like the harmless set dressing he was designed to be: a robot just affable enough to seem human, yet not interesting enough to warrant concern for his welfare. But when Peter’s programming started going haywire and he was hauled in for a diagnostic, Herthum’s performance transformed into a thing of versatile beauty.

Seemingly effortlessly, Herthum — in the buff, no less! — carried Peter through wide emotional gulfs, starting as an unfeeling, misfiring automaton struggling to obey orders. But when Anthony Hopkins’ Dr. Ford instructed Peter to access other versions of his programming, the warmth we’d witnessed in Delores’ dad spread across his face like a sunrise, his eyes alight as he spoke of the daughter he loved.

But those thoughts of how Peter had to protect Delores made the farmer agitated and worried, with Herthum’s features twisting into panic and eventually freezing in a rictus of fear, awaiting Ford’s next command. When it came, and Peter went truly rogue, he alternated between tearfully raging against his creator and eerily chuckling as he spouted snatches of verse that sounded like veiled threats. The scene was a study of what an immensely talented actor can do with his face and body language alone, and it made us hope that Peter gets taken out of cold storage real soon. 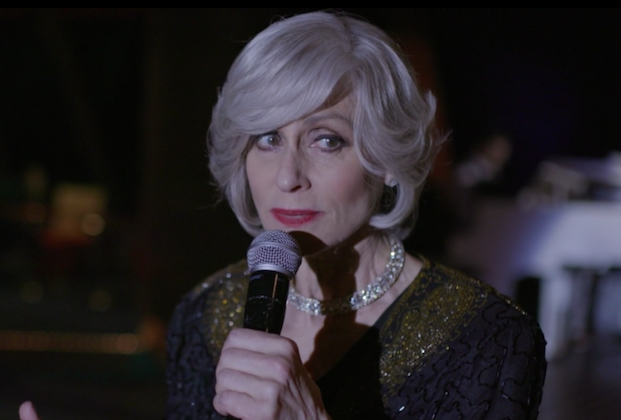 HONORABLE MENTION | As Transparent‘s real noodge of a Jewish mother Shelly, Judith Light is a reliable source of comic relief on what can be a dark, heavy show. But the Season 3 finale, “Exciting and New,” allowed Light to spread her wings — and man, did she soar. She was heartbreakingly hurt when Shelly’s adult kids didn’t want to spend time with her on the family cruise she set up. And she flexed her live-theater muscles (a two-time Tony winner, you know) as Shelly performed her one-woman show, “To Shell and Back,” highlighted by a funny, touching, ultimately triumphant rendition of Alanis Morissette’s “Hand in My Pocket.” As long as Light’s on Transparent, everything’s gonna be fine, fine, fine. 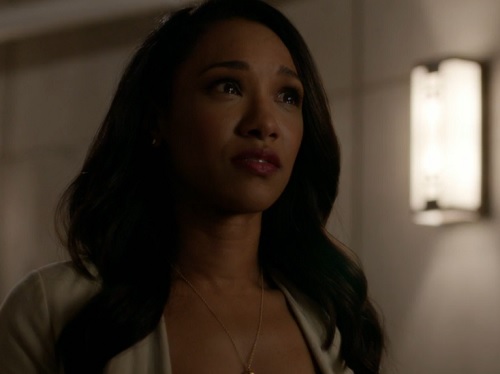 HONORABLE MENTION | There was something magical about Barry and Iris’ brief courtship during The Flash‘s alternate timeline, and the soulful Candice Patton deserves a lot of the credit for the swoon-worthy scenes. In the changed existence, Iris barely knew the titular speedster, but that didn’t stop the pair from having a kismet-like meeting that filled a nagging void in the reporter’s life. The actress was full of bittersweet longing for that intangible connection as Iris tried to comprehend the strength of her feelings for a relative stranger. In the end, she could only come to one conclusion: “This is what love feels like,” she marveled. We, too, had an epiphany involving the L-word – as in how much we loved Patton’s heartfelt performance. 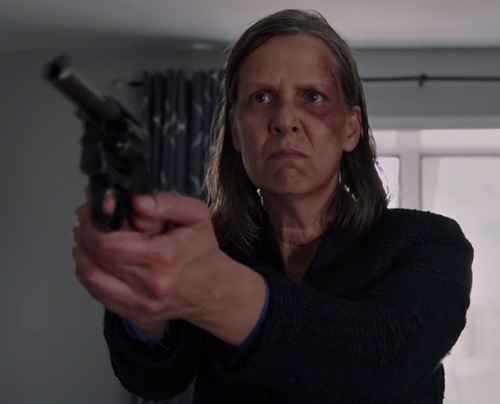 HONORABLE MENTION | We never had any doubts about the talents of seasoned theater veteran Amy Morton, but the actress took her Chicago P.D. character to another level during a particularly brutal episode. Not only did Sergeant Platt suffer an unexpected and violent beating, leaving her hospitalized, but she also lost her father to the assailant and then took it upon herself to avenge his murder. Barely recovered from surgery, she went after the killer with the full force of her anger, before breaking down in Voight’s arms. It was a horrific time in Platt’s life that brought out a vulnerability not often seen in the tough cop. It also further cemented Morton’s status as one of the Chicago-verse’s most arresting performers.