Prepare to see more of Honey’s other half on Fresh Off the Boat.

The ABC comedy has promoted Ray Wise — who plays the Huangs’ neighbor and Honey’s hubby Marvin — to series regular for Season 3, our sister site Deadline reports.

The ubiquitous Wise also has a part in Netflix’s Gilmore Girls revival and will reprise his role as Leland Palmer in Showtime’s Twin Peaks continuation.

* Wilmer Valderrama will reunite with his That ’70s Show castmates Ashton Kutcher and Danny Masterson during a three-episode arc on Netflix’s The Ranch, EW.com reports.

* AMC has ordered to series the drama Lodge 49, which counts Paul Giamatti (Billions) among its producers. The modern fable centers around a deadbeat but charming ex-surfer who joins a fraternal order to reclaim the simple, happy lifestyle he lost when his father died.

* Jennifer Gareis will reprise her role as The Bold and the Beautiful‘s Donna starting Oct. 20, “and may end up sticking around a bit,” says Soap Opera Digest.

* GIVE, a new series about the world of philanthropy, will join NBC’s three-hour Saturday programming block, The More You Know, on Oct. 8th.

* Black Sails‘ fourth and final season will premiere Sunday, Jan. 29th at 9 pm on Starz. A new poster can be found below: 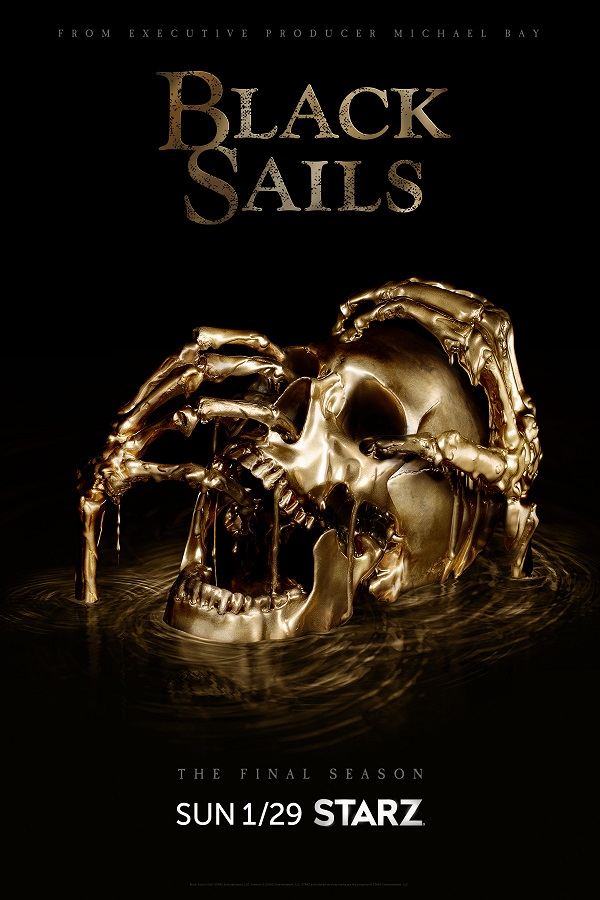