CBS’ Scorpion opens Season 3 tonight at 9/8c, with a double-episode premiere. But rest assured, show has a cool trick up its sleeve for next Monday, Oct. 10, when it settles into its new 10 pm home — and TVLine has your exclusive first look.

In the episode “It Isn’t the Fall That Kills You,” Walter (played by Elyes Gabel) is accidentally launched into space in a rocket. There, as his oxygen supply runs low, he hallucinates about Paige (Katharine McPhee), while Team Scorpion works feverishly to get him home before he suffocates.

In the photos above and below, you get your first look at the extra-fancy nature of Walter’s hallucinations, which surely will have fans of the Walter/Paige romance “over the moon” (so to speak).

Once again, Scorpion returns tonight at 9 pm, while this special star trek airs next Monday at 10. 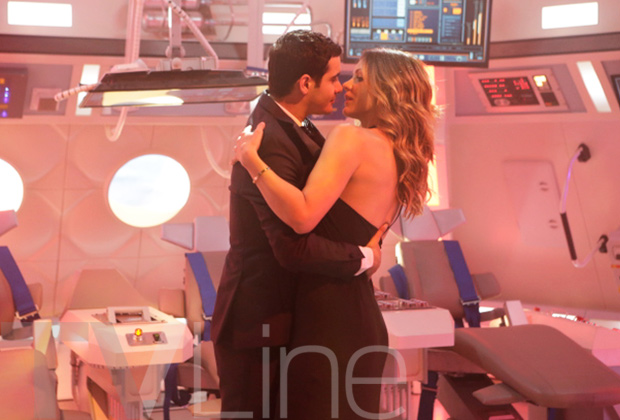