No men, no booze and no Frank?! That doesn’t sound like the Gallaghers! But the Shameless clan attempted to live without those things, with mixed results, during Sunday’s Season 7 premiere.

The episode’s highlights: Frank woke up from a coma dream to discover that no one came looking for him; an unlucky-in-love Fiona declared she was done with relationships; Lip returned from rehab with a set of rules for moderate drinking; Ian spied his boyfriend making out with his high school ex-girlfriend; Debbie took to stealing fancy strollers to make money; and Carl went to extremes — like getting circumcised — for his girlfriend.

Below, executive producer Nancy Pimental previews Fiona’s new focus on work, Ian’s “phobic” reaction to his cheating beau, Lip’s potential “opportunities” and more. The EP also weighs in on whether the long-running dramedy is anywhere near its end.

TVLINE | Where did the idea come from for Frank’s dream, and what did you want it to symbolize?
A lot of people’s question, of course, was, “Is [Frank] dead?” We weren’t going to kill him, but we wanted to honor that that was people’s concern. Also, we wondered: How long had he been underwater, and how long can somebody survive underwater? And somebody who has such a pickled liver and is such a partier, how long could they stay underwater? And what would somebody like Frank Gallagher’s subconscious say when it had a voice? In watching it, I thought it was just going to be funny, [but] it was really emotional. 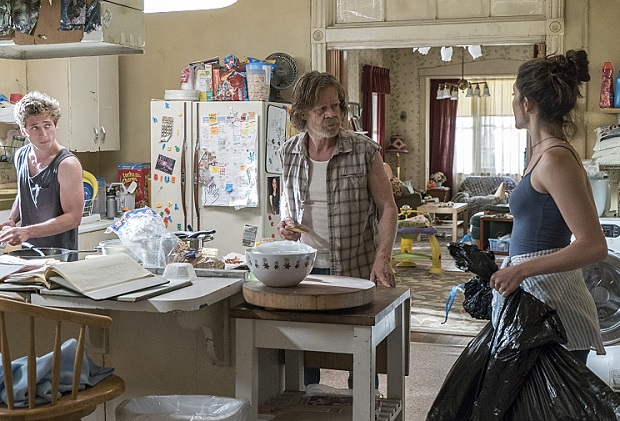 TVLINE | Frank didn’t die, but Fiona really wants to shake off his hold on her. Is that something the family is going to be struggling with this season, getting Frank out of their lives?
Definitely. They’re always struggling with physically trying to get him out of the house, and emotionally trying to get him out of their psyche and also their DNA, not wanting to be like him. Then they see signs of it, wanting to shake that off and take different action.

TVLINE | Fiona also wants to shake off men. Is that an easy thing for her to do?
It is for a few reasons. She has had so many bad relationships. She doesn’t trust herself, whether she can do this again. And also, she throws herself into this job that becomes a bigger challenge than she thought. So her time is just consumed with it.

TVLINE | Are there still guys who are pursuing Fiona while she’s abstaining from men?
There will be some dalliances. But it’s not going to be her focus this year at all.

TVLINE | What can we expect in terms of Fiona pursuing a career?
She grapples with whether she wants to run the diner or not. Somebody like her, in this environment, doesn’t have a lot of choices. So she struggles with [the question of], does she want this responsibility? Does she not? And also, if she has this responsibility, how can she make it different than what Sean made it? Because there is such a dark, addict energy to the environment at Patsy’s. 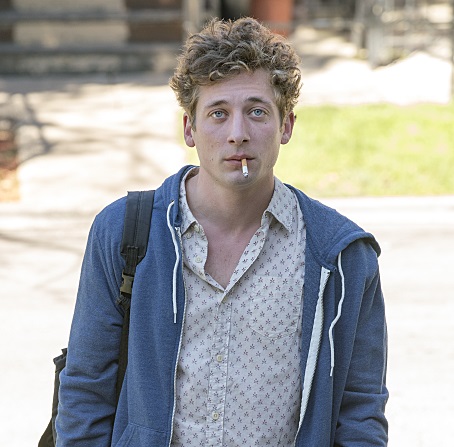 TVLINE | Is Lip in denial about his alcoholism?
I don’t know if it’s denial, or if he’s just a regular college kid… He’s being somewhat self-destructive, but isn’t that what college is all about? We want people to ride that line — is he an alcoholic? Or is it just college antics?

TVLINE | He’s now not even in college. So what does his professional future look like?
[Professor] Youens will still play an important role in his life and will present some opportunities for him. We’ll see whether Lip embraces those opportunities or not.

TVLINE | Should we assume Ian’s boyfriend is bisexual?
What you should assume is that we’re trying to explore what is pretty in the zeitgeist right now, where people are sexually fluid and that they don’t really have labels… that nobody is one hundred percent anything. 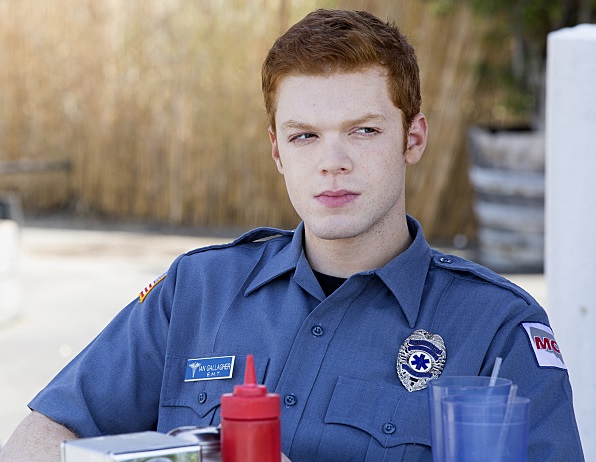 TVLINE | For somebody like Ian, who took a very long time to accept himself, how does he react to that?
He’s not happy about it. That’s exactly it: He was the one trying to come to terms with where he’s at, and now that he’s comfortable in his own skin, a whole new world is being presented to him. It’s almost like he’s the phobic one now. It’s definitely a role reversal we’re playing.

TVLINE | Debbie in the premiere reminded me of early Fiona, in a way. What is her arc this season?
Her whole objective this season is to be a good mom. Of course, Debbie doesn’t do things in a traditional way. The definition of a good mom to her is a lot different than what the definition of it would be to somebody else. Her getting money from these stolen strollers is one of many avenues she takes to be the best mom she can possibly be.

TVLINE | The show is going into Season 7, which is an incredible run. Do you ever think about the endgame and whether it’s time to wrap things up?
We talk about it. We’ve certainly mentioned doing at least Season 8. Then we also say, “Look, it’s a family, and the kids are growing. It could go on forever.” The Shameless in England, I don’t even know if it’s still going on, but they went for many seasons. When you have this many characters in a family where the dynamics are changing, people are growing, it could go on indefinitely. So we’ve talked about all options, [including] wrapping it up in a year or two. Or do we have more stories in us, because we have so many characters?