Hamilton star Anthony Ramos is your new Mars Blackmon, having landed the Spike Lee role in Netflix’s She’s Gotta Have It, a contemporary remake of Lee’s 1985 seminal debut feature film.

Our sister site Deadline was first to report on Ramos’ casting.

Similar to the film, 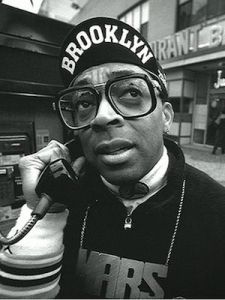 the series (which got a 10-episode order earlier this month) centers on Nola Darling, a Brooklyn-based artist in her late twenties struggling to define herself and divide her time amongst her Friends, her Job and her Three Lovers: The Cultured Model, Greer Childs; The Protective Investment Banker, Jamie Overstreet; and Da Original B-Boy Sneakerhead, Mars Blackmon.

Lee will direct all 10 half-hour episodes and serve as an EP with his producer-wife Tonya Lewis Lee.