America Ferrera is just itching to get back into Betty’s braces.

During a visit to Bravo’s Watch What Happens Live on Thursday to promote the second season of Superstore, Ferrera fielded questions from viewers, one of which asked about the chances of an Ugly Betty reunion movie on Netflix or Hulu. 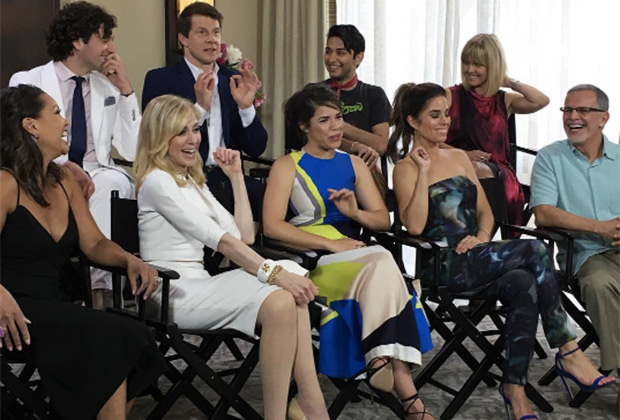 “That is a conversation that’s happening,” she said. “It’s been six years since we’ve been off the air, and 10 since we shot the pilot. We had an Ugly Betty reunion at [the ATX Television Festival], and we sort of started a hashtag #HuluBringBackUglyBetty, which I think kind of made Hulu mad — but who cares?”

Ugly Betty, which starred Ferrera as an unconventional assistant at a major fashion magazine, ran for four seasons (2006–2010) on ABC; a late-notice cancellation forced the writers to wrap things up sooner than they had planned.

To make sure Ferrera wasn’t just blowing hot air, host Andy Cohen pressed the actress further about the severity of this “conversation.”

“We’re having conversations,” Ferrera insisted. “The more our fans make noise about it, the more likely it is, so keep it up!”

Would you like to see an Ugly Betty reunion? If so, in what form? (Movie, limited series, etc.) Drop a comment with your hopes for the show’s second life below.