Netflix’s Lost In Space reboot has found its patriarch.

Black Sails‘ Toby Stephens is set to star as John Robinson in the streamer’s 10-episode remake of the classic series, TVLine has learned. The role was originated by Guy Williams in the ’60s version, and later played by William Hurt in the 1998 feature film.

Stephens, who recently wrapped production on the fourth and final season of Black Sails, is the second actor to board the Legendary TV-produced family drama/sci-fi adventure. He joins the previously-cast Taylor Russell (Falling Skies) as John and Maureen’s eldest daughter Judy Robinson. 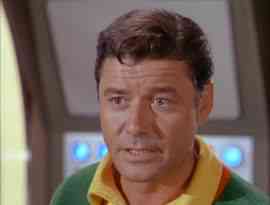 Netflix’s “reimagining” of Lost in Space (which is slated to launch in 2018) will take its cues from the original series and follow the Robinson family as they are forced to come together in a time of crisis. Stranded light years from their intended destination, they find themselves battling a strange new alien environment and their own personal demons.