The Force is strong with this project.

Meryl Streep is nearing a deal to headline a limited series adaptation of the novel The Nix, with J.J. Abrams attached to exec produce and direct, per our sister site Deadline. Warner Bros Television is shepherding the project (there’s no network/outlet attached at the moment), and Streep would also 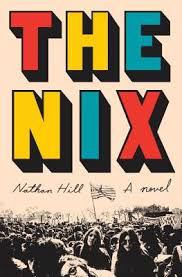 serve as an EP.

The Nix, from author Nathan Hill, is described by Deadline “as a sprawling generational tale that focuses on a hippie-era mother (Streep) who gets national press exposure for throwing rocks at a conservative governor on the presidential campaign trail. Before you know it, her estranged son — a professor, aspiring novelist and general underachiever — seizes an opportunity to get himself out of debt by writing a scathing profile of his estranged mother.”