Another high profile Republican is distancing himself from Donald Trump.

TVLine has learned exclusively that New Girl‘s out-and-proud conservative Schmidt (Max Greenfield) will reveal in an early Season 6 episode that he will not be voting for the incendiary Republican presidential candidate. However, don’t assume that means he’ll be crossing party lines and supporting Trump’s Democratic rival, Hillary Clinton.

The episode  — slated to air Sept. 27 — finds staunch Democrats Jess and Cece hot on the campaign trail for Hillary. And Schmidt is having none of it. Teases Baer: “I think he calls Hillary a flip-flopping, pantsuit-wearing helmet head.”

Check out an exclusive image from this season’s second episode below, then hit the comments with your thoughts on Schmidt’s bold political stand. 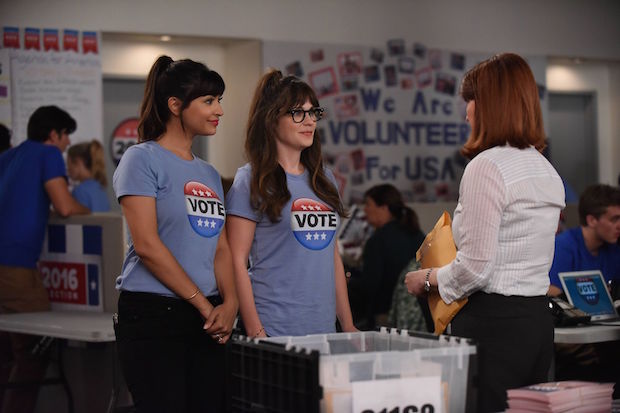