From its shag-carpeted stairs to Alec Baldwin’s “skinny mic,” ABC’s Match Game revival has struck a nerve with my 1970s self.

If you follow me on Twitter, you’ll oftentimes be force-fed my “live” reactions to the weekly proceedings (though I typically catch up on the treadmill on Monday nights), and if you ever wondered who’s yelling out “Fork???!?!” in TVLine’s TV Questions column, yep, that’s me.

Yet while the new Match Game‘s crop of civilian contestants has sometimes left something to be desired — on too many occasions, I must wonder if the person ever watched the show before — the parade of celebrity panelists has been wonderfully varied and entertaining. Yes, there’s a 30 Rock/Kimmy Schmidt/SNL focus (likely born of Baldwin’s Rolodex), which is never a bad thing, but for every Jack McBrayer there’s more than a few wild cards, from recording artists to “serious” actors to a fashion designer who… must have been a friend of someone’s.

With Match Game on “vacation” this Sunday yet nearing its plum Premiere Week finale (on Monday, Sept. 19), I thought it time to take the informal celebrity rankings rattling around inside my bean and put them to HTML. In the slideshow below (and right here), you’ll find my Dream Team of the six best all-around players, sandwiched between a roster of “alternates” and a half-dozen mismatches who best can be summed up as “What the [blank]?” 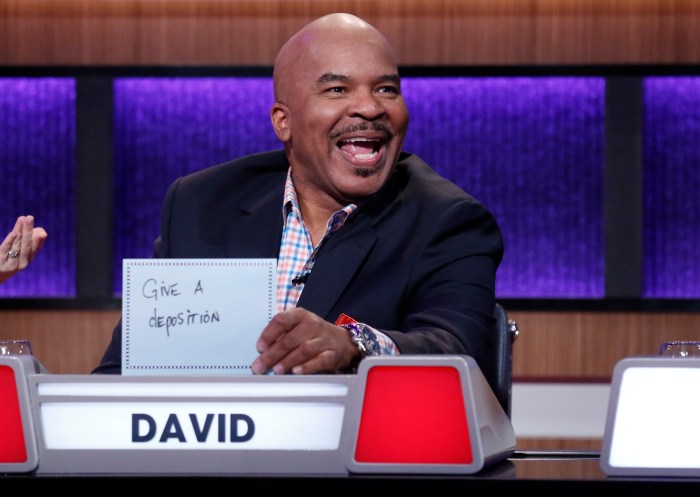