Sherlock and Watson are looking quite dapper in this just released portrait for Sherlock Season 4.

PBS on Wednesday unveiled new art featuring costars Benedict Cumberbatch and Martin Freeman, who in the upcoming season will not only have to deal with the return of Moriarty, but also face off against a new villain played by Wayward Pines alum Toby Jones. Meanwhile, Watson and his wife Mary (played by Amanda Abbington) will find themselves battling a different enemy: parenthood.

New episodes of Sherlock will debut in 2017. Until then, feast your eyes on the image below (click to zoom): 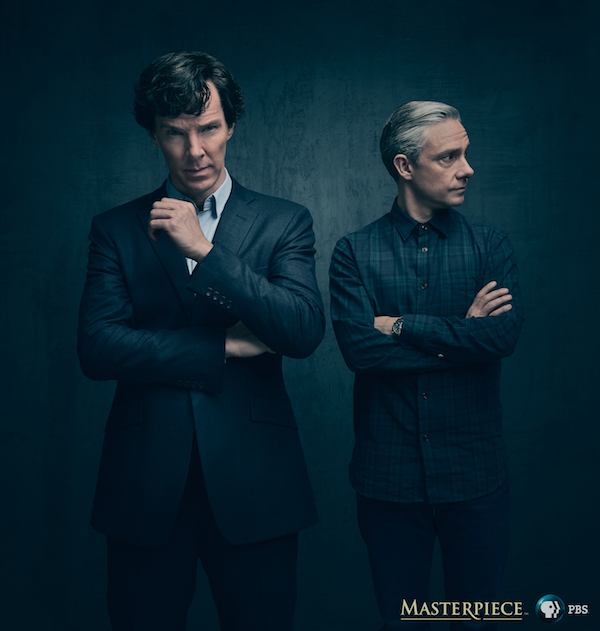