While compiling a list of the best and worst moments from Sunday’s MTV Video Music Awards, it was — much as this pains us to say — significantly easier to sniff out the latter.

Sure, the ceremony featured killer performances from Beyoncé, Ariana Grande and Britney Spears — who returned to the VMA stage after a seven-year hiatus — but they were padded with a whole lot of unnecessary nonsense.

From the show’s endless parade of co-hosts to its barrage of missed jokes — we swear Key and Peele are funnier than their material was tonight — the wait between performances was truly painful.

Speaking of performances, Rihanna deserves a special shoutout for working so hard to keep the energy of the ceremony up; the Video Vanguard Award winner capped off a series of hot performances with some sweet Drake banter, putting her in the running for the night’s MVP. (But we’re pretty sure that title still goes to Beyoncé).

Browse our gallery of the best and worst VMA moments below, then drop a comment with your own thoughts on the night: Are we being too hard on MTV? 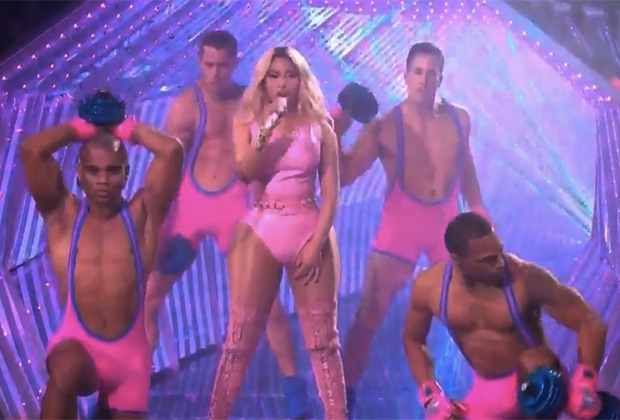