Who is targeting The Last Man on Earth? That nagging question serves as the framing device for the Fox comedy’s official Season 3 cast photo, exclusively obtained by TVLine and available for your viewing pleasure below.

As you’ll recall, the Season 2 finale ended with our Malibu-based survivors, led by Will Forte’s Phil, discovering a boatload of heavily armed, hazmat suit-clad individuals speeding toward the shoreline. We know that one of them is Sons of Anarchy’s Mark Boone Junior (aka sailor Pat, from Season 2’s Mike-centric “Pitch Black” outing). But who are the other two? And what do they want?

The opening scene in the Sept. 25 premiere is a “direct pickup” from the cliffhanger ending, Forte confirmed to TVLine last month at Comic-Con.

“Obviously we don’t know who the people in the hazmat suits are,” he added. “But we will find out.”

Check out the image below, then scroll down to watch the gang essentially perform the aforementioned opening scene on camera. 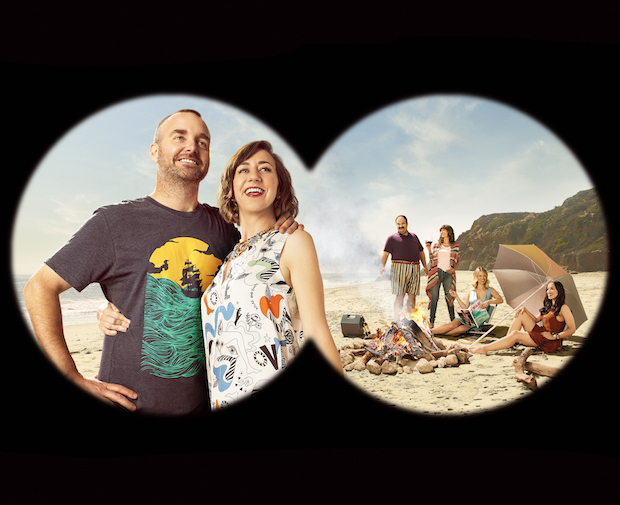