Season 2 of WGN America’s Underground will give a less-blurry face to Harriet Tubman, having cast Under the Dome alum Aisha Hinds in the recurring role of the renowned pioneer, who was glimpsed in silhouette at the close of the May finale. 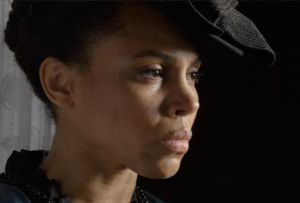 acclaimed drama’s sophomore run, the excellent Amirah Vann has been promoted to series regular as Ernestine, while Fringe favorite Jasika Nicole is set to recur as Georgia, an abolitionist with a station along the Underground whose quiet confidence hides secrets of her own.

Also recurring for Season 2 are Jesse Luken (Justified) as Smoke, the fearless second in command of Patty Cannon’s infamous gang, and Michael Trotter as Biographer, an astute observer of people.

Production on Underground Season 2 begins Aug. 29 in Savannah, Ga., with an eye on an early 2017 premiere date.