The New Girl gang is as close as ever in Season 6. (Arguably too close, in fact.)

TVLine has an exclusive first look at the poster for the Fox comedy’s upcoming sixth season — Jess and Co. return Tuesday, Sept. 20 at 8:30/7:30c — in which the cast serves more face than you could shake a Douchebag Jar at: 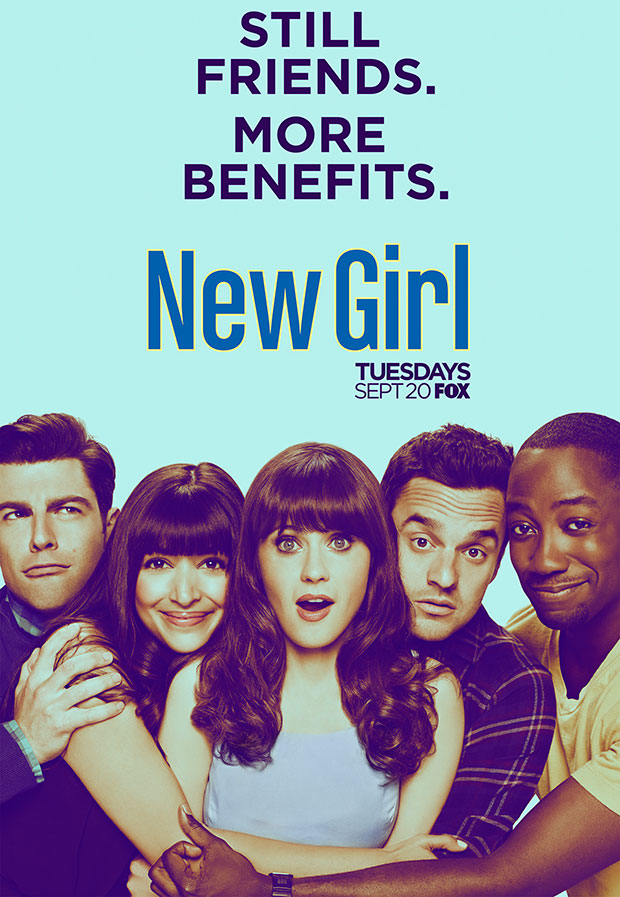 We also have a behind-the-scenes video (above) in which the stars reveal what they’re most excited about in Season 6. For Max Greenfield, it’s exploring Schmidt as a married man, while Zooey Deschanel just can’t wait to hop in the director’s chair.

“I’m most looking forward to manipulating people … and the tremendous power I’m going to wield,” she says.

As TVLine exclusively reported, Megan Fox’s Reagan will return for as many as eight episodes in Season 6, though she isn’t expected back until midseason. (In other words, when Nick returns from his summer trip, you can bet he’ll be flying solo.)

Hit PLAY on the video above, then drop a comment below: What are you hoping to see in New Girl‘s sixth season?