At the Television Critics Association summer press tour earlier this month, the Emmy winner revealed to

reporters that her beloved Good Wife character’s signature accessory would be part of her wardrobe when she debuts on the NBC drama — and these exclusive images (see right and below) confirm she wasn’t fibbing.

“I loved playing the role of Kalinda,” she said at TCA. “[But] it was time for me for many reasons to unzip the boots and step into another show. But I can tell you for those of you who miss the boots, I do wear a pair of knee high boots on Blindspot.”

Panjabi’s recurring Blindspot alter ego — who heads a secret division of the NSA that has been tracking the Jane Doe case from afar — first turns up in the NBC drama’s Season 2 premiere on Wed, Sept. 14 at 10/9c. And she apparently gets a healthy amount of screen time.

“She has a lot of dialogue in the first episode,” leading man Sullivan Stapleton revealed to us last month at Comic-Con. Added exec producer Martin Gero: “Every day there was a three or four-page scene that she was driving. She’s amazing.” 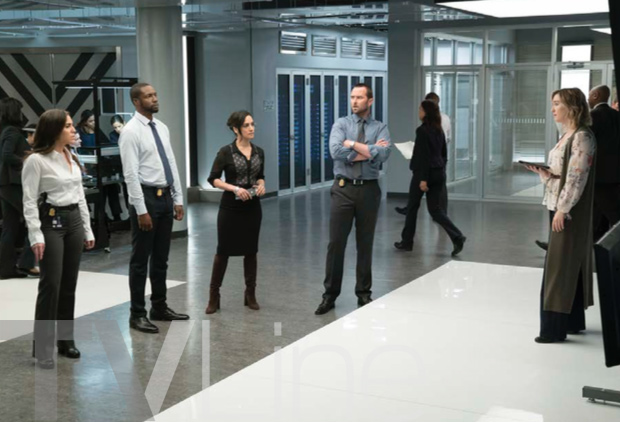