Scream fans, the countdown is on: We’re just 13 hours away from finding out which Lakewood resident is hiding a killer secret behind his (or her) megawatt smile.

Tuesday’s season finale (MTV, 10/9c) promises to literally unmask Piper’s accomplice, which means this is our last chance to lay our wildest theories on the table: Could it be Gustavo (aka Brooke’s new Jake), who gets his kicks by re-creating the town’s most gruesome deaths in his sketchpad? Or maybe it’s Kieran’s cousin Eli, who never met a bedroom he couldn’t break into.

Then there are the somewhat less obvious choices, like Maggie, or Kieran, or even the MTV drama’s leading lady herself. (Hey, it worked in Scream 4. Sorry, spoiler alert!)

Browse TVLine’s gallery of the top eight suspects below, then drop a comment with your own pick(s) for Piper’s accomplice. 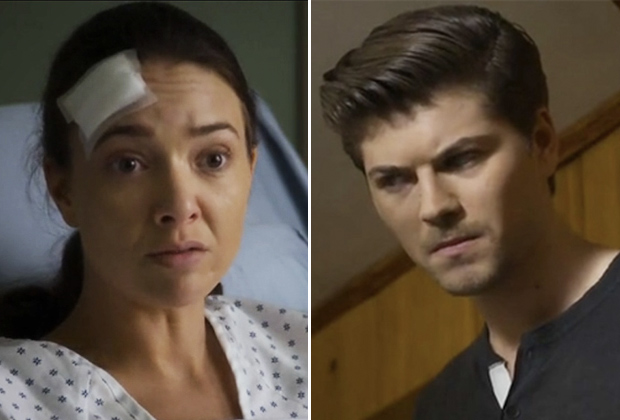