With a tip of the cap, Alvin Murphy welcomes you to back to Syfy’s Z Nation, in this exclusive look at the Season 3 poster.

Returning Friday, Sept. 16 at 8/7c with a two-hour special, Z Nation follows a team of everyday heroes in the wake of a zombie apocalypse. Murphy (played by Keith Allan), the only known survivor of the zombie plague (“thanks” to an experimental vaccine that was forcibly injected in him), aims to create a race of human-zombie “blends,” while Lieutenant Warren (Kellita Smith) and the rest of the gang are determined to stop him at all costs.

In the Season 3 premiere, Warren’s group is taken prisoner by a new foe, but it won’t be long before she and Murphy engage in a new showdown.

Z Nation claims its usual 9 o’clock slot starting Sept. 23, where it will lead into the series premiere of Van Helsing, “a twist on the classic vampire adventure tale” starring True Blood‘s Kelly Overton. 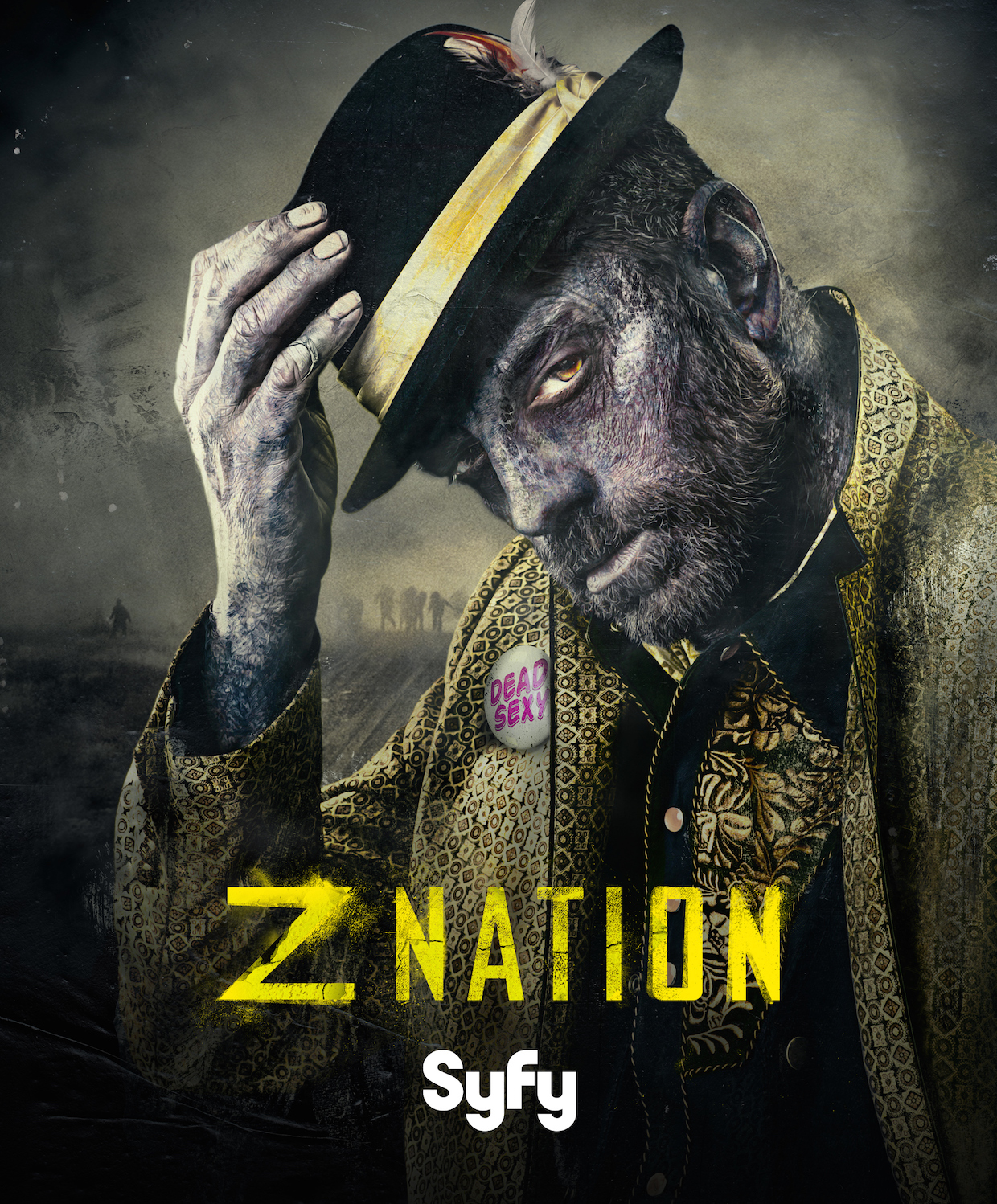