Netflix on Monday released the official poster for Marvel’s Luke Cage, and you may need something much stronger than a pushpin to pierce and attach it to your wall.

Check it out, then read below for details on the streamer’s new hero series: 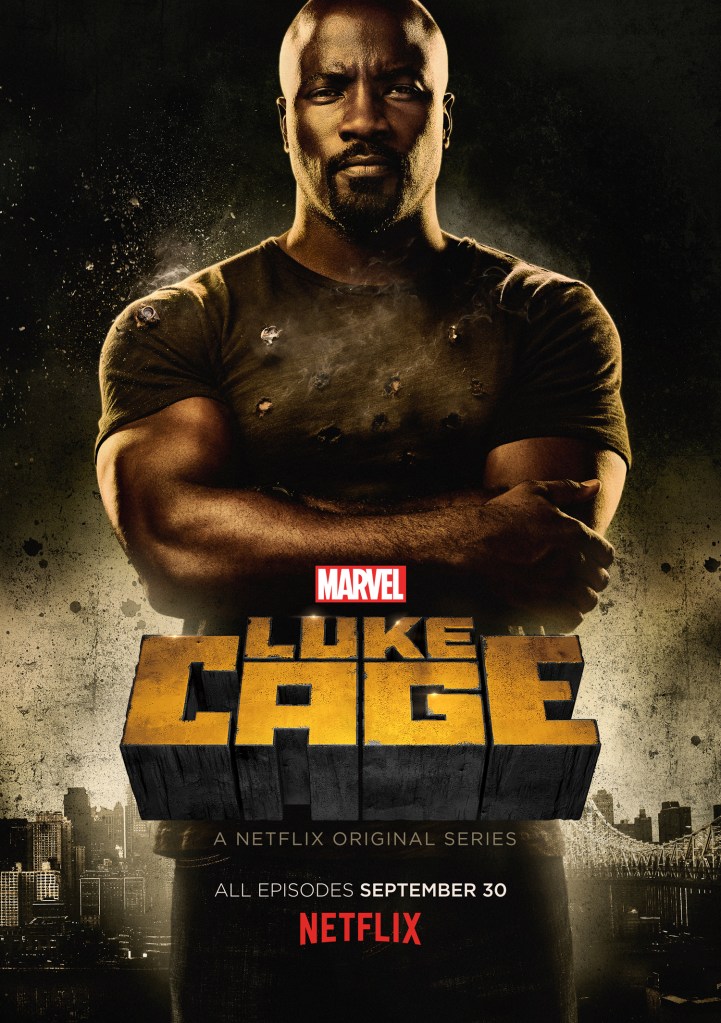 Premiering Friday, Sept. 30 and starring Mike Colter, Luke Cage will detail the evolution of its titular toughie after he has relocated to Harlem and is in the process of picking up the pieces following his failed relationship with Jessica Jones. Having been endowed by a failed experiment with super strength and unbreakable skin, Luke is pulled out of the shadows to fight a battle for the heart of his city – forcing him to confront a past he had tried to bury.

Next in queue at Netflix, after Luke Cage, will be Marvel’s Iron Fist, followed by the eight-episode Marvel’s The Defenders team-up event.