Syfy’s fall slate is robust and features both the familiar and new, as revealed at the Television Critics Association summer press tour on Wednesday.

Kicking things off on Friday, Sept. 16 at 8/7c is the two-hour Season 3 premiere of Z Nation, in which Warren’s group is taken prisoner by a new foe, setting up a showdown. (Z Nation claims its usual Fridays-at-9 time slot the following week.) 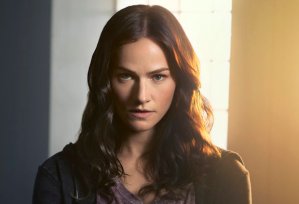 10 pm is the series premiere of Van Helsing, “a twist on the classic vampire adventure tale” in which unlikely heroine Vanessa Helsing (True Blood‘s Kelly Overton) discovers that she holds the key to humanity’s survival, in her own blood.

Two more new offerings debut on Tuesday, Sept. 27. At 9 pm, the anthology series Channel Zero opens with “Candle Cove,” a six-part tale about one man’s obsessive recollections of a mysterious children’s TV program from the 1980s. At 10 pm is the series premiere of Aftermath, in which a family (led by Men in Trees‘ Anne Heche and James Tupper) battles for survival after civilization comes to an apocalyptic end and they are faced not only with plague, but the rise of supernatural creatures.

Last but far from least, 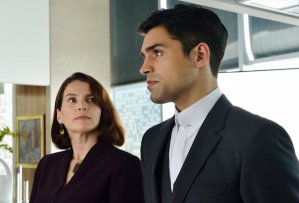 the futuristic thriller Incorporated premieres on Wednesday, Nov. 30 at 10 pm. From Matt Damon and Ben Affleck’s production company, it follows a young executive (Reign‘s Sean Teale) who conceals his true identity to infiltrate a dangerous corporate world to save the woman he loves.

As reported by Deadline, the pilot Prototype, starring Cote de Pablo (NCIS) and Jack Davenport (Smash), was passed on by Syfy and is being shopped elsewhere.