Meredith is about to turn Grey’s Anatomy — or at least Seattle — on its side! At least that’s one potential takeaway from the ABC drama’s Season 13 poster.

The official one-sheet (exclusively obtained by TVLine and embedded for your viewing pleasure below) features Ellen Pompeo‘s indefatigable heroine literally split in half, with the right side of her body replaced by the iconic Seattle skyline.

In a bit of a departure from years past, the striking, turquoise-tinged image is not accompanied by a tagline, leaving the artwork wide open to interpretation. Another possible inference: In the new season, which gets underway on Thursday, Sept. 22, at 8/7c, Mer will find herself torn about whether to embark on her first serious post-McDreamy relationship with Nathan (Martin Henderson) in the wake of the duo’s no-strings tryst at the end of Season 12.

Should Mer decide to throw caution to the wind and give love another shot, one thing is clear — Nathan will never be Derek. “There will only be one McDreamy ever,” Pompeo maintained to TVLine last spring. “You know, he’s not replaceable.”

What’s your interpretation of the key art? Have a gander at it below and then speculate away in the comments! 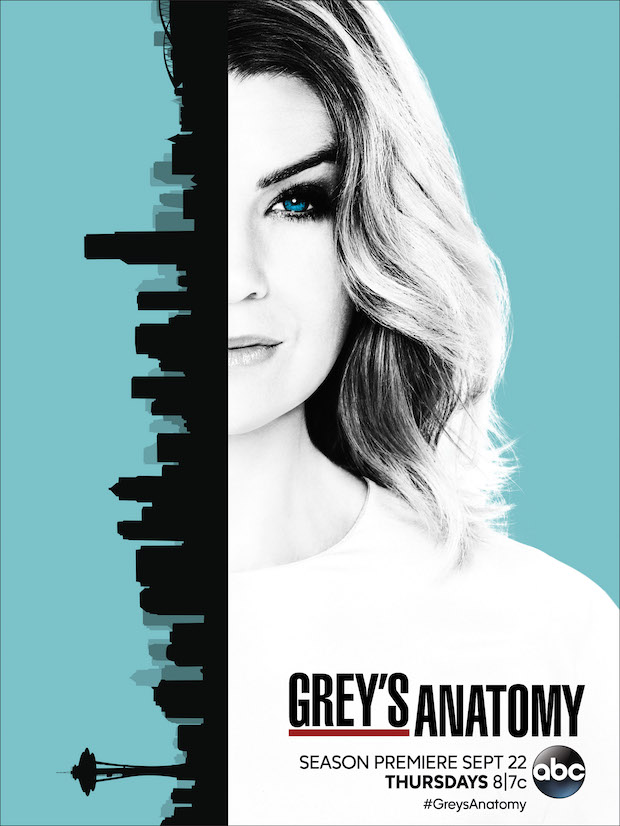