Feast your eyes on a family photo so perfect, you’ll want to frame it and hang it over your living room mantel. (We’re only half-kidding.)

Disney Channel on Thursday released an on-set shot from the massive Boy Meets World reunion going down on the third season finale of Girl Meets World.

Heck, GMW even invited both actress who played Morgan — Lily Nicksay (Seasons 1–2) and Lindsay Ridgeway (Seasons 3–7) — for the big event. And if cast member August Maturo’s recent tweet is any indication, Nicksay and Ridgeway will be taking turns playing Eric and Cory’s little sister.

Per the GMW writers’ official Twitter account, the ghosts of TGIF past return to help Riley make a major decision — and with the future of the sitcom uncertain, it could be the last decision we get to see.

View the photo below — click on it to see the full-sized version — then drop a comment with your hopes for the rest of the season: 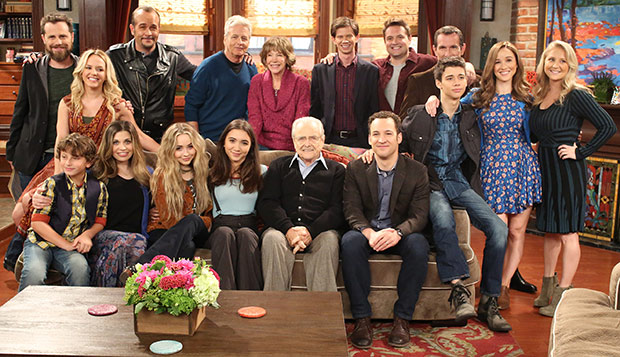