From the looks of Bones‘ Comic-Con key art, the Fox series is approaching its upcoming final season the way the forthright Dr. Brennan would: head-on and with an eye to detail.

In the exclusive first look poster below, the “Nearly Departed” Booth and Brennan put their heads together while a magnifying glass gives us a squint’s-eye view of their noggins.

The upcoming 12-episode season will offer fans a “meaningful and satisfying conclusion,” Fox co-chairmen Dana Walden and Gary Newman said in February when the show’s renewal was announced. The series will return at midseason, in a TBA timeslot. (The network’s new baseball drama Pitch will premiere this fall in Bones‘ old Thursdays-at-9/8c slot.)

The beloved series’ abbreviated final run may even include a return of Eric Millegan’s Zack, according to executive producer Michael Peterson.

“I watched the show before I was ever writing on the show, and I think what Eric brought to that character was fantastic,” he told TVLine in April. “I’ll make a promise to try really hard to make it happen.”

Look for the poster below to show up at the San Diego convention July 21-24. The show’s panel — including stars Emily Deschanel, David Boreanaz, TJ Thyne, Michaela Conlin, Tamara Taylor and John Boyd and EPs Peterson and Jonathan Collier — will take place at 11:15 am on Friday, July 22, in Ballroom 20.

Click on the image below to see the poster in detail, then hit the comments: Will you be in the audience for Bones‘ final Comic-Con bow? 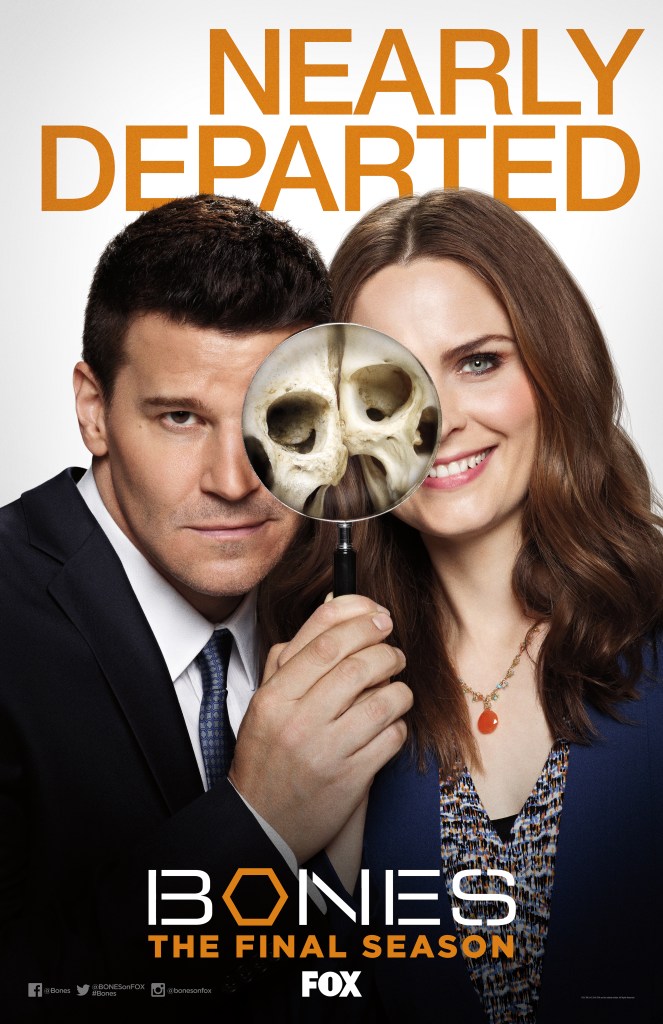