Wanna know what fear looks like? Take a peek at the key art that The Walking Dead just released for Comic-Con 2016, because in a nutshell, that’s it.

The shot — as you can see for yourself — features Jeffrey Dean Morgan’s Negan standing before his 11 potential “batting practice” victims, each of them wearing a look of dread that makes you just wanna hug ’em. (Well, maybe not Daryl so much — he looks more pissed, right?)

The picture teasing the AMC series’ Season 7 premiere in October will be used in banner ads at the San Diego convention from July 21-24. The show’s panel will take place on July 22 at 1 pm in Hall H. The Walking Dead booth in the Convention Center will be No. 2437.

What do you think? Does the image give you any new insight into the unfortunate soul at whom Negan will choose to take a swing? Peruse the picture below — click on the image to see a larger version — then hit the comments. 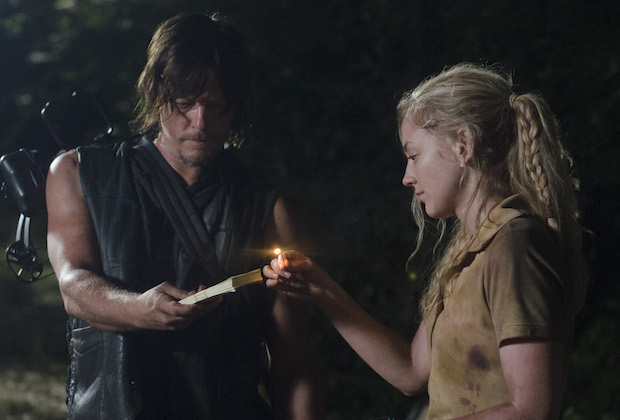