Well, here’s one thing we know for certain about American Horror Story‘s hush-hush sixth edition: It premieres on Wednesday, Sept. 14 at 10/9c.

FX made the announcement on Tuesday, while also confirming the launch dates for its new Donald Glover comedy Atlanta (Tuesday, Sept. 6 at 10/9c) and the Pamela Adlon-fronted, Louis C.K.-produced sitcom Better Things (Thursday, Sept. 8 at 10/9c).

The cabler’s press release failed to disclose any details about Horror Story‘s top-secret Season 6, which, as executive producer Ryan Murphy previously teased, will involve “elements” of children. “If you look at horror tropes,” he added, “the innocence of children, that sort of wide-eyed entryway into some world, is always very dramatic and satisfying.”

On the casting front, all we know is that AHS alums Lady Gaga, Cheyenne Jackson and Angela Bassett will be returning in some capacity. And, per FX boss John Landgraf, the season will be “set in the present” but with “echoes of the past.”

Does the stealth nature of AHS‘s new season make you more or less inclined to check it out? Weight in below! 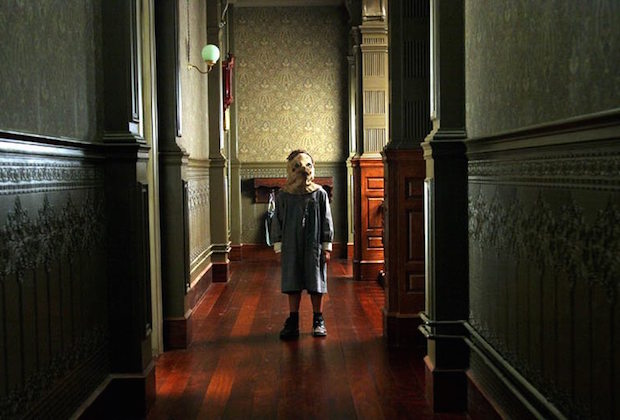