It’s only been a week since Liv and Maddie aired its third season finale, but in real time, the cast is already wrapping Season 4 — and saying goodbye to the Disney Channel series.

The show’s cast and crew — including star Dove Cameron, and co-creators John D. Beck and Ron Hart — have been flooding Twitter and Instagram all week with snapshots from the emotional final taping. From the dramatic final table read to the last “Larry” lunch, there wasn’t a dry eye on set. (But don’t worry. As you’ll see, the cast was provided with plenty of tissues.)

Browse our gallery of Liv and Maddie finale photos below, then drop a comment: What are your hopes for the Rooneys in their final season? 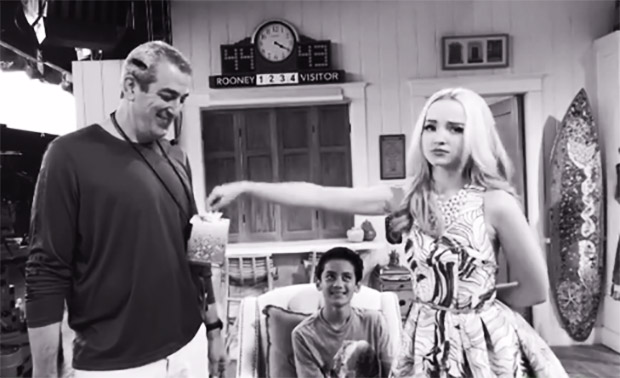