Cinemax is about to show us that war is hell even after one has left the battlefield.

The cable network on Thursday announced that its Vietnam-era drama Quarry would premiere on Sept. 9.

Based on the Max Allan Collins novels, the series revolves around O.C. alum Logan Marshall-Green’s Mac Conway, “a Marine who returns home to Memphis from Vietnam in 1972 and finds himself shunned by those he loves and demonized by the public,” per the show’s official description. “As he struggles to cope… he is drawn into a network of killing and corruption that spans the length of the Mississippi River.”

With Quarry’s debut now officially scheduled, TVLine has obtained several exclusive images, which only hint at the series’ intensity. Click through the gallery below, then hit the comments: Do you think you’ll give the show a try? 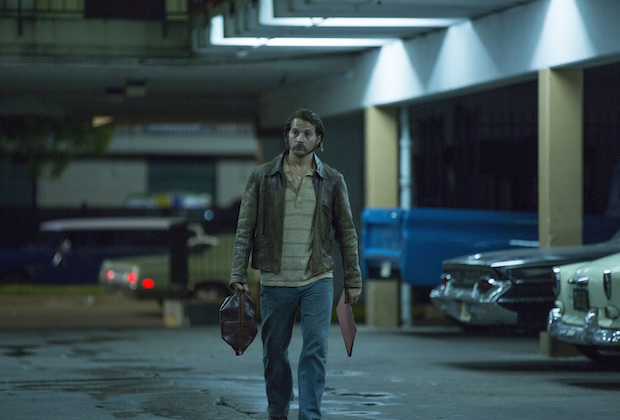