To use a phrase popular with one of Nashville‘s main characters, it’s wheels up for Luke and Layla when the country-music drama returns for a fifth season. Series regulars Will Chase and Aubrey Peeples will not be with the show when it makes its CMT debut, TVLine has learned exclusively. 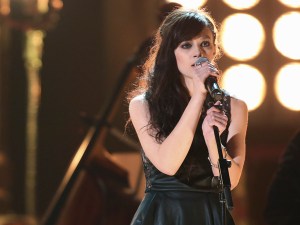 Chase’s Luke had little to do after his engagement with Rayna fizzled in Season 3; most of his Season 4 storyline involved sticking up for Wheelin’ Dealin’ Records artist Will Lexington when he was attacked by a homophobic talk-show host.

PHOTOS Dead or Alive: Nashville‘s Juliette, Plus 16 Other Characters in Grave Danger

Meanwhile, Peeples’ Layla sought to avenge Jeff Fordham’s death by ruining Juliette’s relationship with Avery, but Avery’s discovery of her plan — and his seemingly imminent reunion with Ms. Barnes — meant the end of that storyline.

ABC cancelled Nashville in May, but the drama was revived by the cable network CMT soon after. CMT head of development Jayson Dinsmore recently said that “our expectation and our hope is that [the entire cast] will participate in this next cycle.”

What are your thoughts about Chase and Peeples leaving Nashville? Sound off in the comments!