The good news: Disney Channel’s Liv and Maddie is about to serve up an extended look at Voltage, its show-within-a-show.

The bad news: It could mark Liv’s swan song as the sci-fi series’ heroine, SkyVolt.

In Season 3’s antepenultimate episode, titled “SkyVolt-A-Rooney” and airing Sunday at 8/7c, Liv (played by Dove Cameron) finds out that Voltage is moving production from Stevens Point, Wisconsin to Los Angeles — forcing the Sing It Loud! alum to decide between relocating with the show or staying put in the Badger State with twin sis Maddie et al.

And as noted above, the episode also will feature an extended “clip” from Voltage itself, as sampled in the exclusive images below. 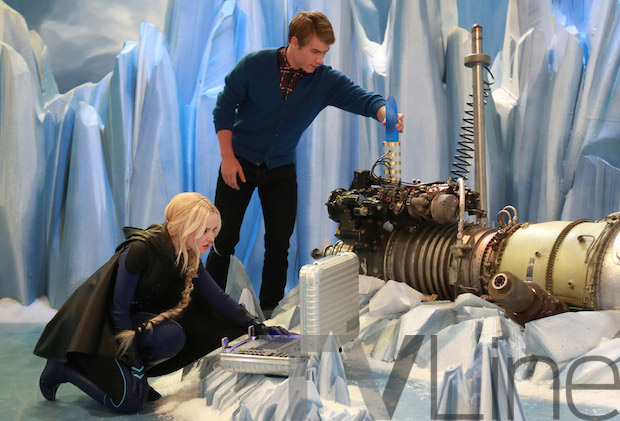 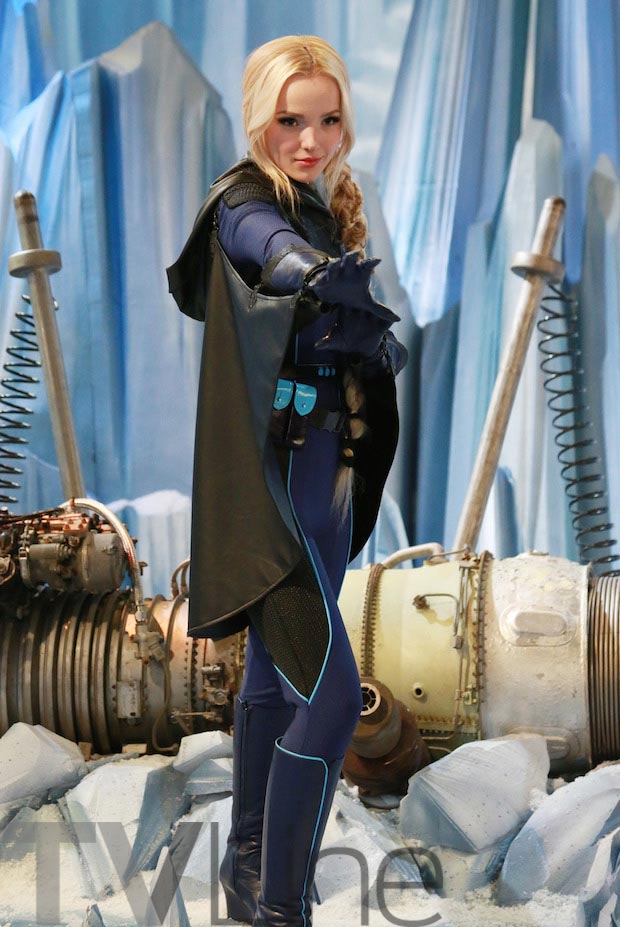