X-Men: Apocalypse, now in theaters, marks the first big-screen clash between Professor Xavier’s students and their biblically named nemesis. Meanwhile, fans of the multiple X-Men TV series have been watching this battle play out for decades.

The ongoing mutant melee dates all the way back to 1993, when Apocalypse was introduced in the first season of Fox Kids’ X-Men: The Animated Series. Though he remained a disturbing presence throughout the series’ five-season run, it wasn’t until Season 4 (1995) that he put his most diabolical plan into action.

He resurfaced in 2003 on Kids’ WB’s X-Men: Evolution for another (failed) attempt at universal conquest, then made a brief appearance in the 2009 series finale of Nicktoons’ Wolverine and the X-Men. (PSA: Both X-Men: The Animated Series and X-Men: Evolution are available for streaming on Hulu.)

Though scattered elements of Apocalypse’s story remain constant through each incarnation, it’s interesting to see where they differ. For example, his chosen henchmen (better known as his Four Horsemen) have always varied, while the key to his demise has also never been the same.

Click through our Apocalyptic gallery to see how the baddie has mutated over the years, then drop a comment with your own thoughts below: Which version is your favorite? 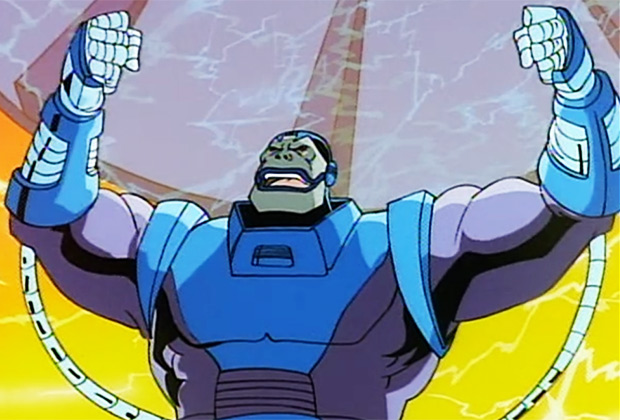