As part of NBC’s Red Nose Day special, stars from The Walking Dead were joined by a variety of famous friends to recreate the opening title sequence of the infamous, long-lost 1978 Star Wars Holiday Special.

What prompted the parody? As part of a pre-taped segment for the fundraising event, Andrew Lincoln and Norman Reedus stood around discussing the possibility of making TWD a “lighter” show that would bring “sweetness and light into the world.” If that version of the show happens to include Sonequa Martin-Green and the High Impact, Low-Key Charitable Boogie Down Dancers as well as the promise of a 16-minute Melissa McBride drum solo, who are we to complain!?

The second annual Red Nose Day in the U.S. raised more than $31.5 million to help children in need both Stateside and in some of the poorest communities around the world. The Craig Ferguson-hosted broadcast also featured the likes of Jay Leno, Jack Black, Key and Peele and Margot Robbie. 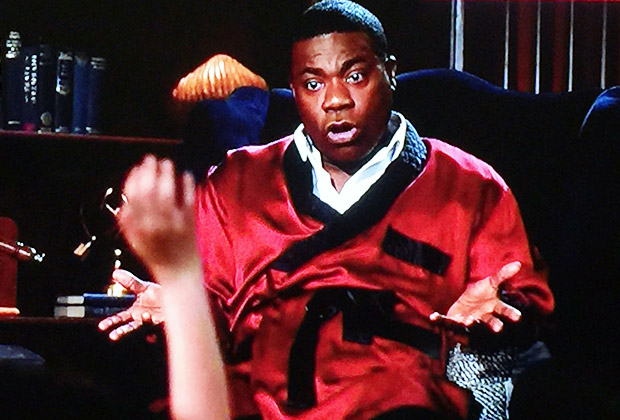