Given that Outlander‘s Paris episodes were beset by smallpox, violent attacks, prison stays and a gut-wrenching stillbirth, can you blame Jamie and Claire Fraser for wanting to scurry back to Scotland as quickly as possible?

But the one thing we will miss about Season 2’s French foray? The Starz drama’s lavish sets, created by a team headed by production designer Jon Gary Steele.

On the eve of the Frasers’ return to Jamie’s homeland, TVLine asked Steele to take us behind the scenes of four key places from the beginning of Season 2: Master Raymond’s apothecary, Jared Fraser’s Paris apartment, the brothel Maison Elise and King Louis’ private residence.

Click through the gallery below — or click here for direct access — as Steele dishes the secrets (guess where Claire and Jamie actually slept) and hard work (the sheer number of skulls in Raymond’s shop!) that went into recreating 18th-century France. 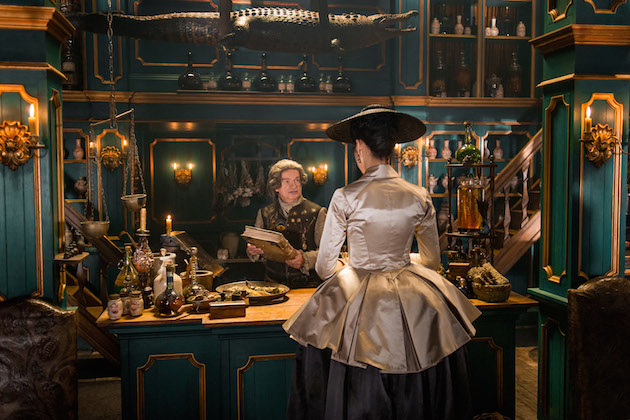