Rainn Wilson is ready for his Cameron Crowe encore.

The former Office employee, who was last directed by Crowe in the 2000 film Almost Famous, turns up in Episode 3 of the Academy Award-winning writer’s forthcoming Showtime comedy Roadies.

TVLine has an exclusive first look at the July 10 installment in which Wilson portrays Bryce Newman, a famous and extremely self-important music journalist. The role isn’t much of a stretch for the three-time Emmy nominee, who played Rolling Stone editor David Felton in the aforementioned Almost Famous.

Roadies stars Luke Wilson (Old School) and Carla Gugino (Wayward Pines) and focuses on the reckless, romantic and sometimes poignant lives of a dedicated group of roadies who live for the music and the de facto family they’ve formed along the way.

Roadies premieres Sunday, June 26 at 10/9c. Will you be tuning in to see Wilson take to center stage? 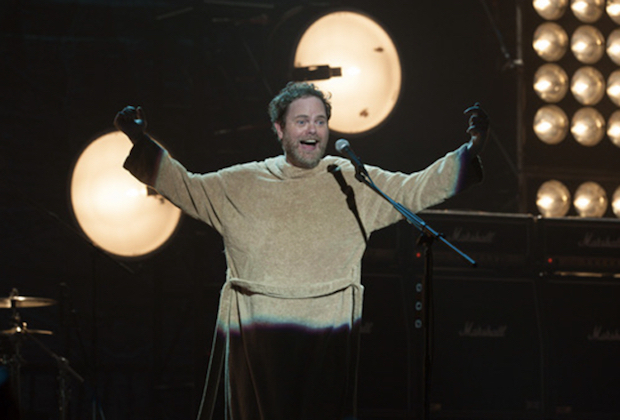