Everyone’s favorite “super fighting robot” is returning to television with a brand-new look — and trust us, you’re going to have some strong opinions.

Nearly a year after announcing that a new Mega Man animated series, appropriately titled Mega Man, was in the works, Capcom on Thursday released the first photo of the little blue fighter. Man of Action Entertainment (Big Hero 6, Ben 10) will executive-produce.

In this latest incarnation, Mega Man is Silicon City resident Aki Light, a kid robot who discovers that accessing a secret code in his programming will grant him strong armor, a powerful weapon and — most importantly — that always stylish blue helmet: 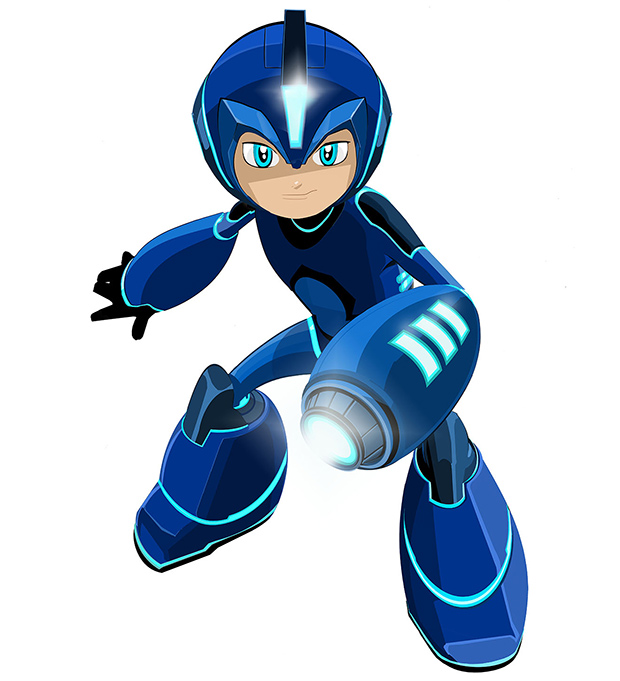 Mega Man, slated to premiere in early 2017, marks the video game icon’s third official series to date. He made his small-screen debut in Mega Man (pictured above), which ran for two seasons in 1994; then graduated to Mega Man NT Warrior, which aired stateside from 2003 to 2004; and enjoyed additional success with Mega Man Star Force from 2006 to 2007.

The new series will coincide with Mega Man’s 30th anniversary celebration; he was introduced via his self-titled Nintendo game in 1987.

Your thoughts on Mega Man’s new look? Drop ’em in a comment below.