There are a few different ways to predict who’ll win Season 10 of The Voice.

You could take a deep dive into the contestants’ iTunes sales results for Monday’s performance finale (always a solid predictive tool). You could check back over the last few months and see how many times each of the finalist cracked the iTunes Top 10, since sales from the entire season (including the Top 10 multiplier) factor into the cumulative vote tally. Or you could just ask yourself, “Which one’s on Team Blake?”

I kid! I kid! Blake doesn’t win every year! But dangit, he got Jake Worthington to the runner-up slot in Season 6, so you can’t discount his status as Big Coach on Campus.

Then again, there’s the question of “On whose behalf has executive producer Mark Burnett been sounding the trumpets since the season premiere?” (Oh, hi, Alisan!)

Let’s check out last night’s tallies — and add up the season’s worth of Top 10 finishes — for some clues:

Hannah Huston – “When a Man Loves a Woman” (Semifinals Week)

First things first: Laith being the only artist without two songs in the Top 10 this week — along with the fact that he needed the Twitter Save during last week’s Semifinals — is a pretty clear indication that he’ll finish third or fourth at best in Season 10. Heck, even his coach on Monday night seemed to be giving him the old “You should be happy you made it this far, since you’re an acquired taste” speech.

Hannah, for her part, picked a great night for a sales surge — her No. 3 and No. 7 finishes put her in a three-way photo finish with Alisan and Adam — but her relatively soft sales earlier in the season (with only one Top 10 finish during the previous live shows) means she’ll probably come up short.

Ultimately, I predict it’s going to come down to Adam vs. Alisan. Adam’s No. 1 finish with his original track makes him mighty dangerous, but his second tune only made it to No. 9, and his low-rated duet may be an indication that viewers weren’t quite as enthusiastic about his body of work on Monday as they were about Alisan. The big question is whether Blake’s enthusiastic fandom flocked to Facebook and the Voice app to give Adam the kind of surge to carry him to the top.

While that is a very strong possibility, I think it’s more likely that Team Xtina’s Alisan — a contestant with an awesome set of pipes and a compelling, emotional backstory — will eke out the win and break the show’s “Girl Curse” (aka the streak of female coaches never having won during the prior nine seasons). It’s a narrative producers have been pushing since the premiere, and with Alisan’s potent one-two punch on the iTunes charts on Monday, combined with her trio of previous Top 10 finishes, she’s the one to beat.

Who do you think will and should win Season 10? Take our polls below, then sound off in the comments! 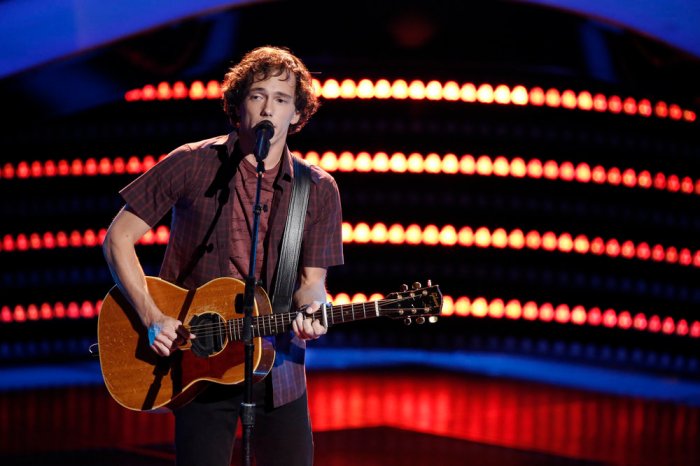