Netflix’s Gilmore Girls revival now has an official title — and a one-sheet!

In an appearance on the The Ellen DeGeneres Show that’s slated to air Monday, Lauren Graham revealed that the four-part continuation will be called Gilmore Girls: A Year in the Life. That replaces the unofficial, working title Gilmore Girls: Seasons.

Video of Graham’s appearance — as well as the aforementioned poster — can be found below.

Series creator Amy Sherman-Palladino and exec producer Daniel Palladino wrote and directed all four 90-minute episodes/mini-movies. As TVLine exclusively revealed, each chapter will represent a different season over the course of one calendar year (as such, the episodes will be titled “Winter,” Spring,” Summer” and “Fall”).

One outstanding question: Will the four installments be released separately or all at once? “My preference would be they would not be released at once, because I feel like there’s going to be anticipation, and I think the diehard fans would enjoy it more with a little separation,” Sherman-Palladino previously told TVLine. “Because the last thing you want is for someone to jump to the last episode and [ruin] it for everybody — which I think would happen, quite frankly, in this day and age of binging. So my preference would be to release them at least a day apart. Let people get a little sunlight and go for a walk around the corner.” 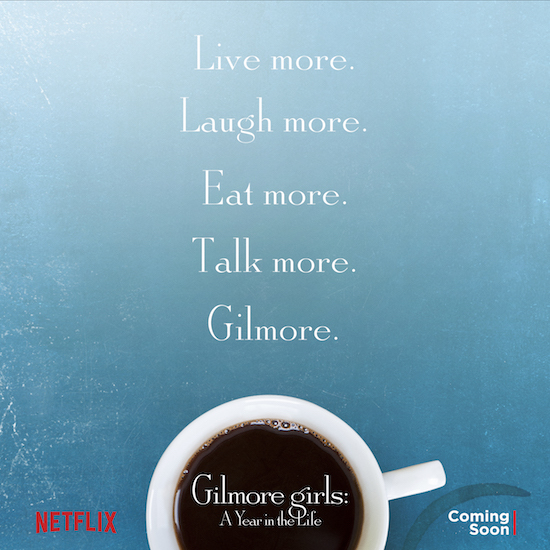