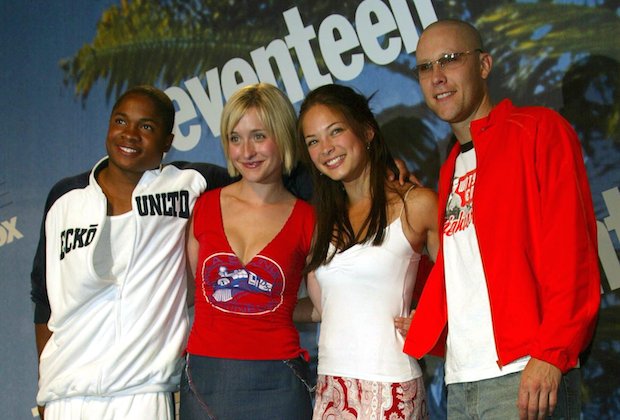 Smallville made a big splash from Season 1, debuting to record viewership and leading then-WB co-chair Jordan Levin to tout it as a “cornerstone” of the network’s lineup. Over the years, the show became one of the biggest draws at the San Diego Comic-Con convention, and counts among its celebrity fans everyone from Howard stern to Justin Bieber. Even silver screen superman Christopher Reeve gave the show his endorsement, guest-starring on it twice.
KREUK | When Allison and I were in Paris together a few years in, we couldn’t walk through a museum without being followed by a swarm of teenagers. It was madness.

MACK | [Laughs] That was crazy. We were at the Pompidou, and that was the first time either of us had ever really experienced “fame.”

FREEMAN | The first time I saw people sleeping on the pavement [at Comic-Con] at 2 in the morning, in line for us, touched me a lot.

WELLING | When I went to Comic-Con for the first time [prior to Season 9] and walked into that room with, like, 8,000 people, it really hit me. It was a really special, warm and inviting experience to see the look on everyone’s faces.

VANDERVOORT | At one of my first comic conventions, a gentleman came up to me with my face tattooed on his calf. That was pretty shocking as I’ve never seen anything like that before. At another convention, a gentleman asked me to sign his arm; he came back a several hours later with it tattooed. It’s a little intense but at the same time you have to really appreciate that sort of fan, the diehards that will be with you throughout your career.

DURANCE | The things I find most touching are the little girls who come up to you and say how much they love Lois and actually think you’re Lois. But the moment that stands out for me was when I was at a convention and somebody grabbed me from behind, put their hands over my eyes and said, “You hit it outta the park, kid.” I turned around and it was Margot Kidder [Lois from the Christopher Reeve Superman films]. That I will never forget. 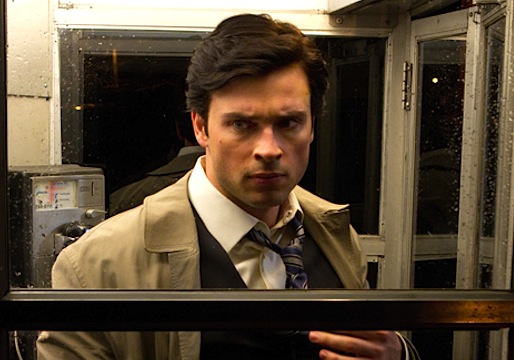 On May 18, 2010, Welling wowed a portion of the fandom by letting slip at an Upfronts Week party that “Season 10 will be  the last.” The CW confirmed the news 36 hours later, promising viewers a final run full of nostalgia and returning faces, as Clark “overcomes his final trials and forges the iconic identity that will be known for all time.”
WELLING | Is that how the news broke? I honestly don’t remember saying that—and no one ever scolded me!

ROTH | Tom claimed at Comic-Con that I told him the show would go 10 years. I don’t remember saying that, but he swears it happened.

SOUDERS | Every year for the last few years, there’s been a question as to whether or not we’d return. It’s only because of the fans’ dedication to the show that we kept coming back.

DURANCE | Ten is a nice number to end it on, but it’s very bittersweet. It’ll be tough to say goodbye to Lois.

FREEMAN | When we found out that Season 10 was the final one, I was super-excited that A) we got it, and B) that we had the opportunity to craft something special instead of leaving anyone hanging.

MACK | I was pleased for the people that were going to stick around, but I did know that I didn’t want to be there for the whole season. I was flattered that they were able to work me in for the episodes I was able to go back and do.

ASHMORE | I was very excited to get to come back for the finale — it meant that I actually got to play Smallville‘s “real” Jimmy Olsen. They could have cast anyone, but it was flattering that they thought of me for the cameo. It was really nice to say goodbye to the show and all the cast and crew properly.

WELLING | I thank the studio and the network for allowing us that opportunity [to plan a final season]. It would have been a real shame to just sort of find out I didn’t have a job — and it’d be a shame for the fans. 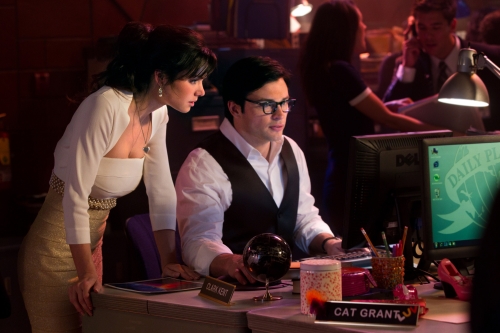 There’s one thing every cast member, past and present, can agree on — Smallville was a super experience.
WELLING | I am really thankful for the past 10 years, and I have so much respect for all of the people who have taught me along the way and given me the opportunities to direct and produce and develop other shows [including the CW’s Hellcats].

MACK | The most overwhelming element that I have come away from this experience with is the amount of friendships that I built, and the family I created there. I left with a lot of love.

ROSENBAUM | I really loved working on Smallville and those times with the cast and crew will always be with me. When I landed my new show Impastor I immediately called up my old friends from Smallville in costumes, props and the production designer and got them to come play with me again. That’s what it’s all about. Connections. Friendships.

FREEMAN | I often equate my experience on Smallville to one of grad school. The amount that I learned, in a really safe environment, is paramount for me and my career as an actor. In a time when TV shows are lucky to last 13 episodes, I feel like I was part of something special.

HARTLEY | I got the opportunity to write an episode, and [in Season 10] I got to direct. But most importantly, I don’t recall one moment – aside from injuries, which are never any fun – when I’ve heard someone complain. It’ll be cold and raining and 4 in the morning, and everyone’s laughing…. I’m excited to see how they end it. Knowing the writers, I have a strong suspicion that when it’s over you’re going to go, “That’s exactly how it should have been.”

WELLING | People are going to really like what we did [with the series finale]. The last image … for me, it gave me goosebumps.

PETERSON | …and “romantic.” What’s been great about Smallville is that from the first frame we all know how this story turns out. These last 10 years have been about taking that journey.

Five years later, how do you now regard Smallville, in a TV world that is currently populated by more than 10 comic book-/superhero-inspired series?