The Good Place‘s Eleanor Shellstrop? She’s… the opposite of a marshmallow.

Not that you can tell that from these just-released photos from the upcoming NBC series. But when Eleanor (played by Veronica Mars‘ Kristen Bell) has a brush with the afterlife, she realizes she hasn’t been a very good person. So she works to fix that, aided by an “afterlife mentor” played by Cheers‘ Ted Danson.

Click through the photos below to get your first glimpse at The Good Place, then hit the comments with your first impressions! 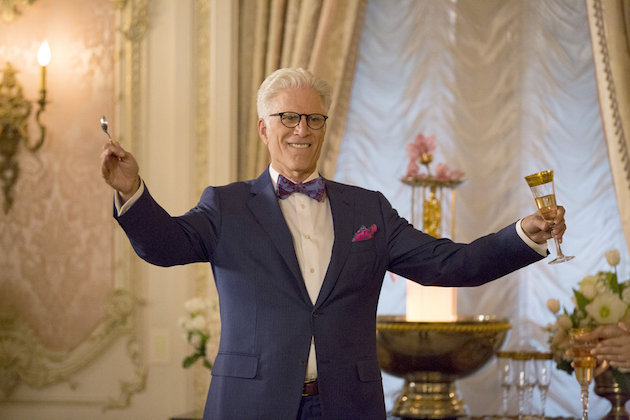