Her character’s Twitter-dependent fate won’t be revealed until the July 31 premiere of Sharknado: The Fourth Awakens, but for now, Tara Reid is sitting pretty on the Syfy thriller’s just-released poster.

In keeping with its Star Wars theme, the film’s poster features Finn, April and their fellow shark slayers channeling their inner Lukes and Leias. (Or in the case of the flying cows, their inner banthas.) 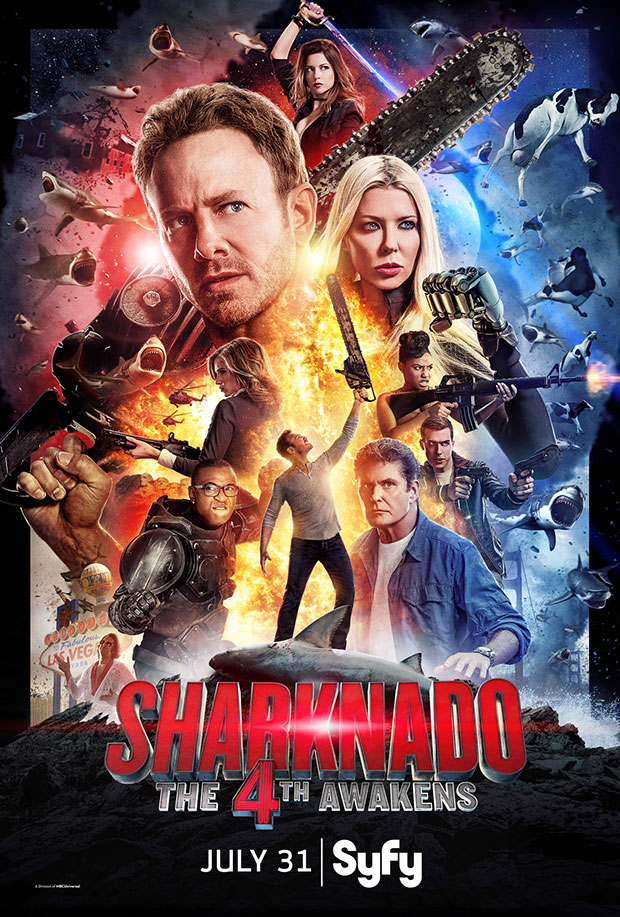 Along with the poster, Syfy on Wednesday also released the full list of names making cameos in the two-hour film:

* Jay DeMarcus of Rascal Flatts will play the manager of the Shark World hotel.

* MMA fighter Frank Mir will play the head of security for the Shark World hotel.

* Lastly, the following individuals will appear as themselves: Vince Neil of Motley Crue and Wayne Newton, along with Todd, Savannah and Grayson Chrisley (Chrisley Knows Best).

Your thoughts on Sharknado 4‘s poster? Celebrity cameos? Whatever’s on your mind, drop it in a comment below.