The TV legend makes his third appearance as Murray’s father (aka “Pop Pop”) during next week’s big return, but as you’ll see in TVLine’s exclusive first-look photos — one above, the other below — he isn’t coming alone.

So, what’s with the puppet? And why does it bear an eerie resemblance to Murray? Perhaps the answer lies in the official description of the episode, titled “Smother’s Day”:

Barry and Erica forget to get Beverly a Mother’s Day gift and make last minute ‘Mom Coupons’ instead. Beverly is understandably hurt, and decides to get revenge by cashing in every coupon they have made. Meanwhile, Adam tries to get Murray to let him go to space camp and accuses him of being as dream crushing as Pop-Pop, on The Goldbergs.

–
Any theories? Enjoy this full-sized shot of Hirsch and his mini-Murray below, then drop a comment with your thoughts. 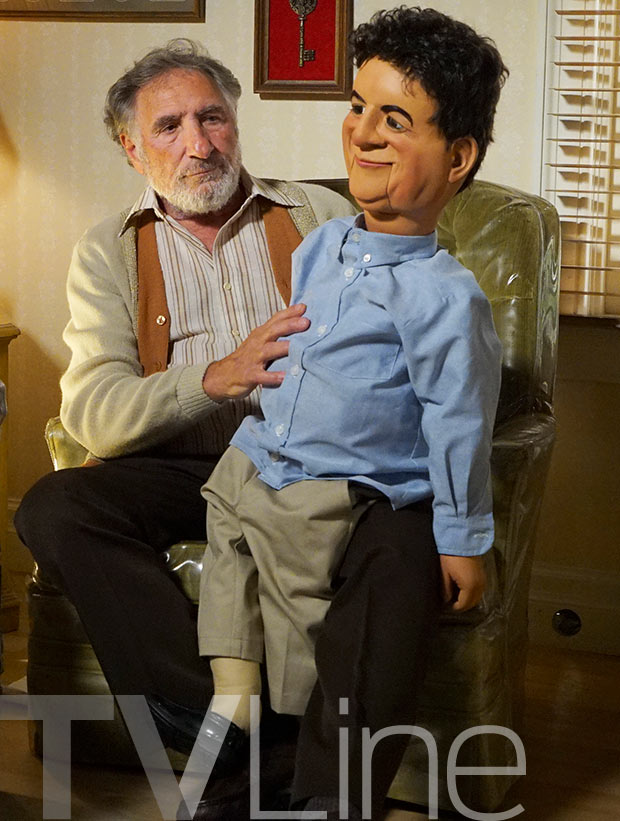