Pretty Little Liars‘ “most romantic season” yet is almost upon us.

Freeform on Thursday announced that the “A”-ddictive series’ seventh — and possibly final — outing will premiere Tuesday, June 21 at 8/7c. Following last month’s huge reveal (Mrs. DiLaurentis has a twin!), the girls will “unearth answers to the last remaining secrets and take down ‘Uber A’ for good.”

Read on for a full schedule of summer premiere dates, including the debuts of Guilt, a thriller about a young woman who moves from Boston to London when her sister is accused of murdering her roommate, and Dead of Summer, a 1980s-set murder mystery about a Midwestern summer camp with (literal) deadly secrets.

WEDNESDAY, JUNE 1
8 pm Young & Hungry
8:30 pm Baby Daddy (Get the scoop: Will Danny and Riley get back together?) 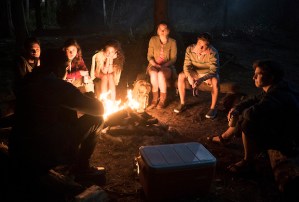 Which of these returns/premieres are you most excited to watch? Drop a comment with your pick(s) below.