THE PERFORMANCE | The casting of male comic Anderson as the mother of Zach Galifianakis’ sad, rudderless clown has been far more than a gimmick for FX’s freshman comedy Baskets. It’s been an inarguable revelation.

All season long, using downcast glances, withering smiles and the occasional flash of childlike excitement (usually over the most mundane of developments), Anderson has brought a strange honesty to the honestly strange role of Christine Baskets, a lonely, occasionally caustic woman haunted by her husband’s suicide, hopelessly addicted to sweets and deeply concerned with the well being of her children.

In the Season 1 finale, as Christine returned home from a hospital stay after falling into a diabetic coma, Anderson played both the absurdity and pathos of his character’s welcome-home speech to her family. “Comas are no fun. And when you wake up, you wanna get a bucket list — even though I don’t like the word ‘bucket,” Christine said brightly, before declaring her intent to look through a telescope, visit Pixar headquarters and “have some shark-fin soup – before all the sharks are gone.”

Later, as Christine’s alarm signaled a bout of hypoglycemia, Anderson deftly captured his character’s woozy fears — while also letting us see the enjoyment she got from being the center of her entire family’s focus. As Christine howled in pain over a finger-prick from her granddaughter — apologetically adding, “I’m sorry for everything guys, but I’m a diabetic!” — we howled, too, with laughter and a deep appreciation for the marvelous specificity of Anderson’s portrayal. 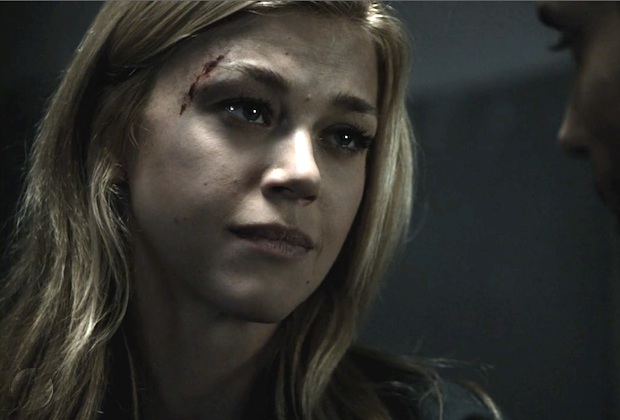 HONORABLE MENTION | Much has been made of the “Spy’s Goodbye” that capped this week’s Agents of S.H.I.E.L.D., and how Bobbi Morse mirrored our own sadness. But two earlier sequences also afforded Adrianne Palicki a chance to move us. When first hauled into the interrogation room, Bobbi wielded quips and cockiness, defecting the Russians’ every poke at her agenda. But juxtapose that with later, when the gravity of her and Lance’s situation set in, and Palicki showed us a dimmed daredevil, someone whose luck had apparently run out. On paper, “There are no cheeseburgers where we’re going” seems flip, but as delivered in the moment carried great weight. Palicki then turned that resignation into resolve when Bobbi laid out her and Lance’s selfless plan, to take a “bullet” for the team. Like Jemma, Mack et al, we’ll toast to that. 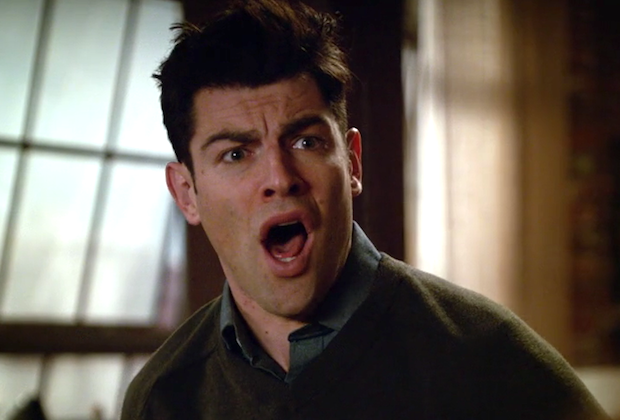 HONORABLE MENTION | We could easily spend all day dissecting the brilliance of Max Greenfield‘s shrieking in Tuesday’s New Girl, but we were more impressed by his work when Schmidt finally came face-to-face with his father. Don’t get us wrong: nothing was as funny as watching him break down his arbitrary approach to color-coding computer folders, but in an installment that began with the anal-retentive character behaving as insufferable as ever when planning for his wedding, we were pleasantly surprised to see a complete 180 when it came time to confront Gavin from Calabasas about the man he became in spite of him. Greenfield is rarely given the chance to portray Schmidt, a character defined largely by hubris, as timid and vulnerable. But he was afforded such an opportunity in this week’s episode and he nailed it, without ever losing a sense of Schmidt’s underlying confidence. 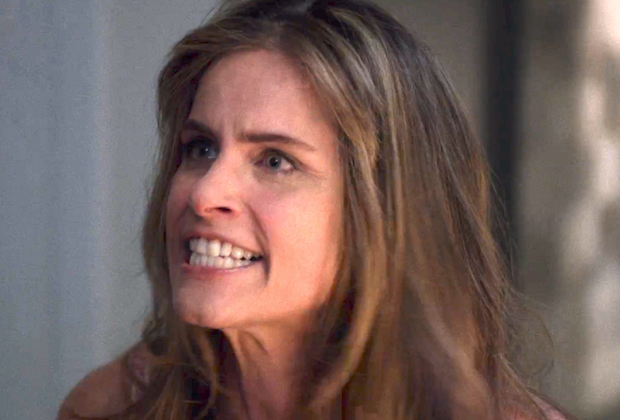 HONORABLE MENTION | What’s most unsettling about the cancellation of HBO’s Togetherness is that millions of people will likely never discover Amanda Peet‘s remarkable performance as Tina, a character in constant search of purpose and identity. Take this week’s episode: In just one scene, Peet excelled at displaying all of the stages of loss and grief as Larry told her that a future together, particularly as parents, just wasn’t in the cards. She conveyed denial, anger, depression and acceptance without even having to say a word. All the more heart-wrenching was Peet’s delivery of her closing line: “I finally found something I’m good at, and I want to do it with you.” In that moment, she took a character who felt empty and made her feel whole.