During the supernatural series’ panel at WonderCon on Friday, the network released a gross-yet-glorious first look at Ian Colletti‘s Eugene, affectionately (and appropriately) referred to as “Arseface.” Behold: 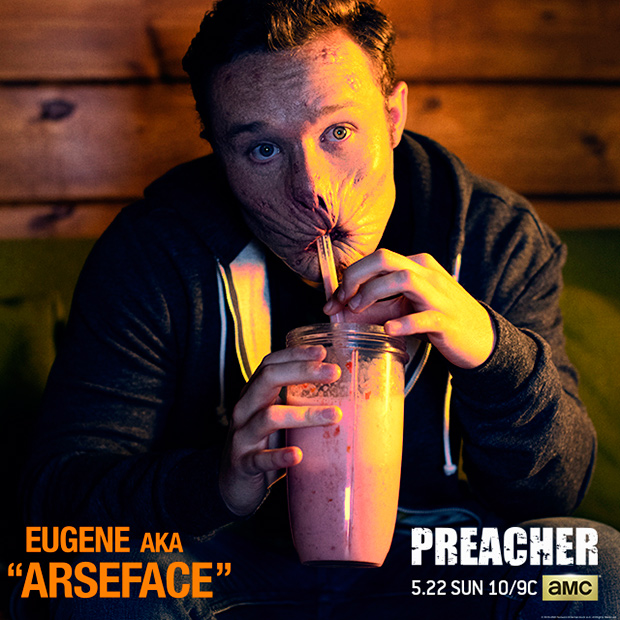 With his ex-girlfriend Tulip (Agents of S.H.I.E.L.D.‘s Ruth Negga) and an Irish rover named Cassidy (Misfits‘ Joseph Gilgun) by his side, Jesse will find himself up against “characters from heaven, hell and everywhere in between.”

Your thoughts on “Arseface”? Preacher in general? Drop ’em in a comment below.