Piper Chapman probably wishes she had a “get out of jail free” card right about now.

In this first batch of photos from Orange Is the New Black Season 4 (scheduled for Friday, June 17 release), our conniving protagonist finds herself in hot water with Blanca. Meanwhile, the Martha Stewart-inspired Judy King (played by Fringe vet Blair Brown) appears to be in good spirits following her self-surrender in the Season 3 finale.

If that’s not enough, perhaps you’ll be intrigued by the sole photo of Sophia, who may or may not still be in the SHU — or the appearance of Alex, who we last saw trapped in a shed with a killer sent by Kubra.

Per Netflix, the new season “delves into the racial and economic tensions that run rampant in the halls of Litchfield. Overrun with new inmates and overseen by inexperienced guards, the prison undergoes an unprecedented culture war.”

Peruse the gallery below — or click here for direct access — for a glimpse at the next 13 episodes, then hit the comments with your thoughts. 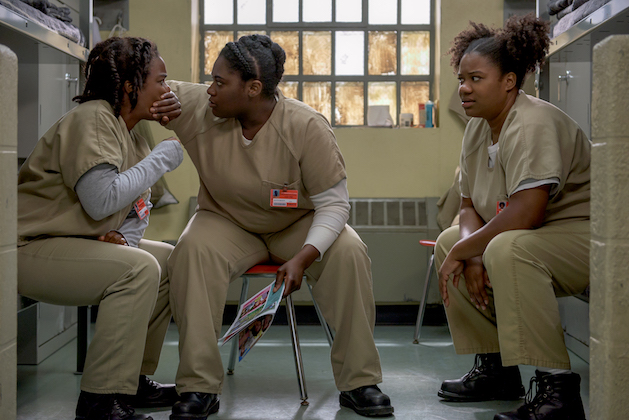